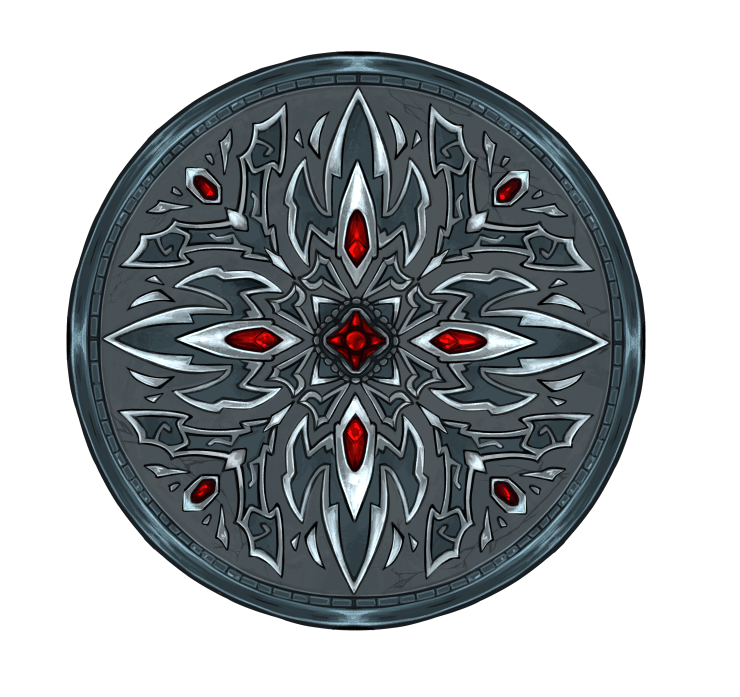 As the Blood Drake stirs from His slumber a new era is revealed.
The power of rebirth surges through the hands of his chosen people, and with it, the ability to create new blood elves.

BAPTISM IN BLOOD - A GRADUAL PROCESS
By being baptized in a ritual pool by a priest or priestess of Yaen, His followers are gradually reborn through His influence. As they progress through His blessings, their appearance changes. After obtaining the first set of three blessings their hair loses all color, fading to a snowy white. With the second set, their complexion becomes a pallid grey. With the third set, their eyes turn a deep shade of blood red. Finally, with the fourth set, their eyes begin to glow. Choosing to undergo this baptism is considered a mark of dedication to Yaen. (Cosmetic/Optional)


“Come, my childe. Through His Blood, you will be born again.”
-Anavon Neliar, Priest of Yaen​

A DEATH FOR A LIFE - THE KEY COMPONENT
To be reborn as a childe of Yaen is a blessing bestowed by Him, our Father of Mercy, who watches from beyond the yawning gates below. As those who hold the Blood in reverence know well, there can be no gift of life without death. An exchange must be made. Seekers of the blessing of new life must bear a sacrifice upon his altar. The heart of a slain enemy will suffice, be it one of man or beast.


THE RITES OF REBIRTH - THE RITUAL
During the ritual, a priest or priestess of Yaen will guide the hopeful childe through the rites of rebirth. After lighting two sticks of henbane incense upon the altar the initiate is led through the Nativitum Sanguis: the prayer of rebirth.


As the slain moon rises, the blood stains our hands.
His gaze upon us.
Weep!
Weep!

As the darkness descends, we are reborn.
His Blood within us.
Sing!
Sing!​
Upon completion of the prayer, the priest or priestess will use a ritual dagger to spill the initiate’s blood into a ceremonial chalice. They must then drain the blood of their sacrifice into the chalice as well. Combined, they become the Blood of Yaen.

Using His Blood, the priest or priestess will paint two runes upon the hopeful childe’s hands. On the right: NANETH, symbolizing life. On the left: YAENET, symbolizing death. 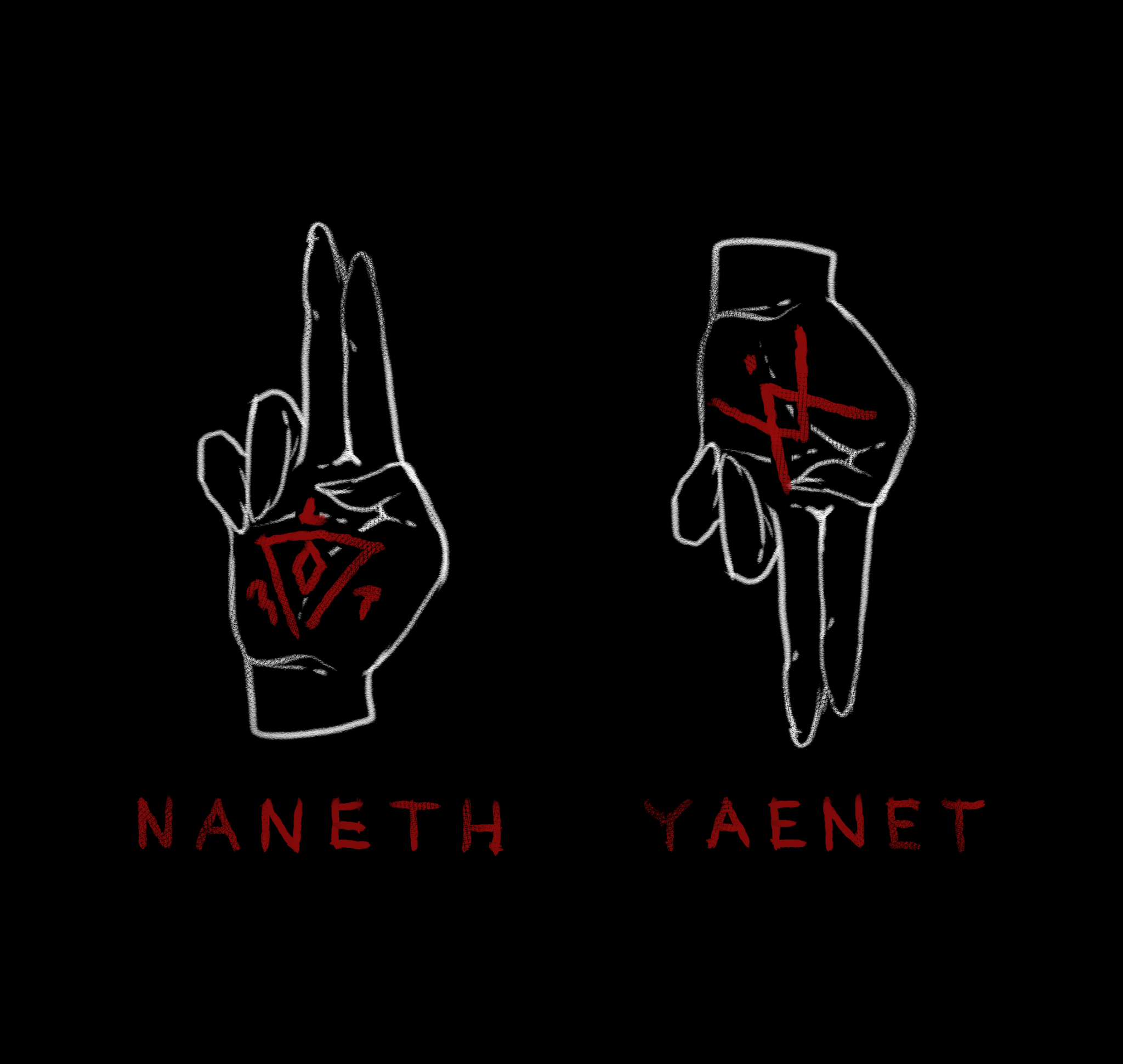 ​
The priest or priestess will then pour the Blood into a basin upon the altar. Once filled it will travel down a rivulet in the floor, illuminating the path between death and life before clouding the waters of the baptism pool a deep crimson.

Following the path with their right hand raised and left hand lowered, the initiate must join the priest or priestess in the baptism pool. There, they will be submerged in the sacred Blood. 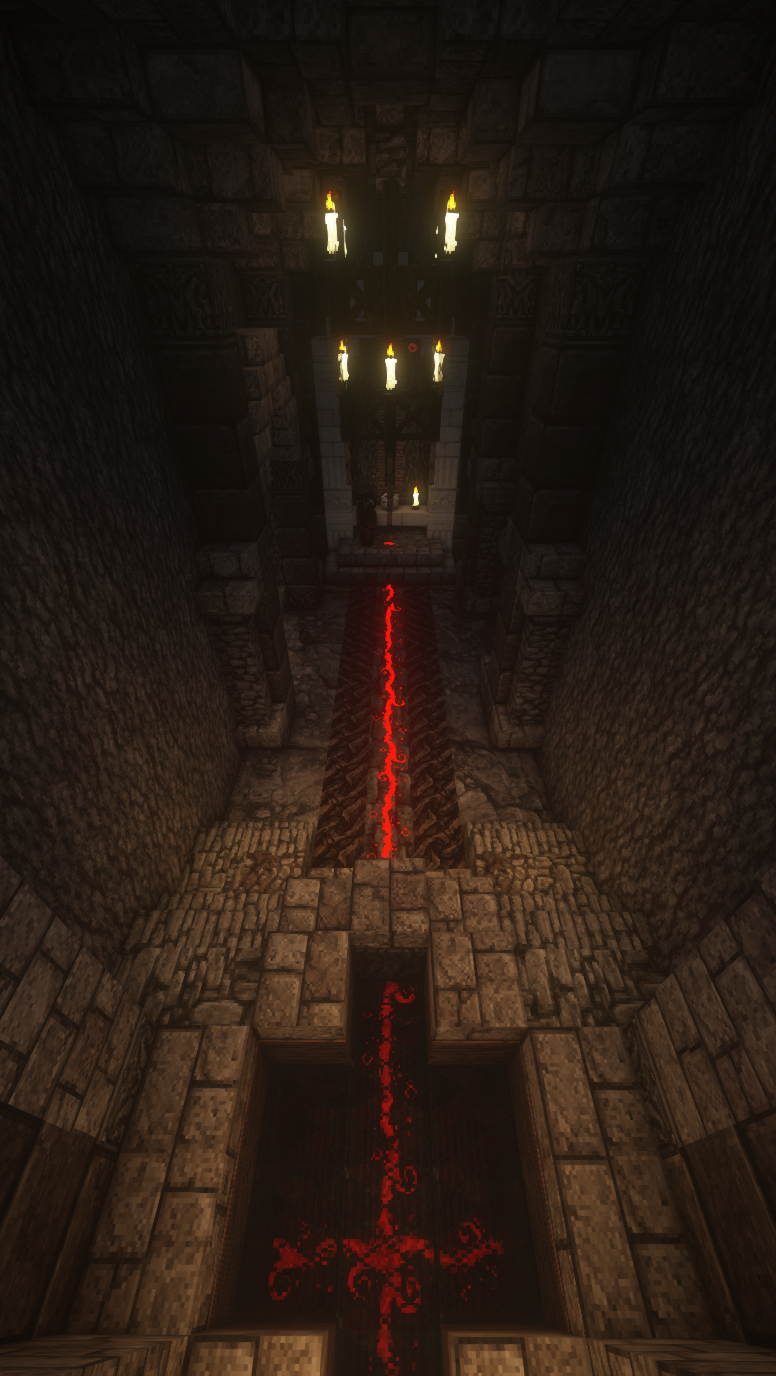 ​
It is said that on rare occasions those submerged are able to commune with the ancestors of house Velam. Such instances, while harrowing, are considered an omen of great power to come.

Upon rising from the Blood they are reborn: chosen of the Blood Drake, a childe of Yaen.

Over time their physical appearance shifts to match that of the Blood Elves. Humans, dwarves, and Velnari take on pallid skin, white hair, and red eyes while elves are elevated by the Blood to follow in the footsteps of the Velam.


THE MIRROR OF YAEN


New children of Yaen are branded with the Mirror of Yaen before leaving the baptism hall. Typically the mark is given somewhere upon the forehead or back, at the discretion of the childe.

Only pureblood children of Yaen, the royal line, those who originally emerged may wear the brand upon their naval.