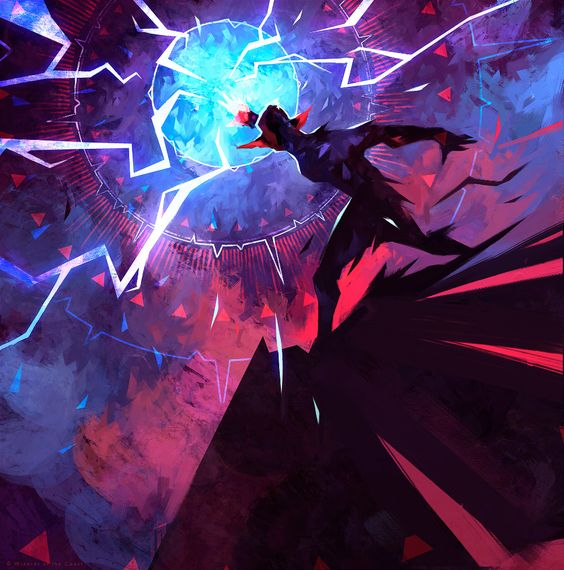 [!] The malformed reality that one sees upon delving too far within the interactions of the Corrupted Conduits

​
Across the vast Enarion landscape, the days would be the same as any other. A regular normality of existence for all the humans, elves, Dewi, and other such which scatter across the grand continent, and amongst the ruinous continent of Zhul, up until there’d be a break within that silence.

Sudden cracks of a strange prismarine blue would rend throughout the skies. As if some form of shimmering and multi-colored lightning, the atmosphere above would begin to take an almost slightly aqua discoloration, as something strange seems to begin to lurk. Leagues of groups would begin to fumble about, able to come across what seems to be series of strange happenstances: discolored Material Gemstones, clones or people whom don’t seem to make sense, and Magi warriors who’ve been stomping across the realm in curious intrigue as to the problems which may have arisen.

As to what may have caused these happenings, the exact processes as of right now are unknown. However, whispers would begin to spit around from the various sources… The timeline of this world seems to be endangered by Planar entities within hiding, and it lays onto the groups of those living across Enarion in order to break free from these strange happenings in the world. Perhaps before anything too dangerous may make itself present. 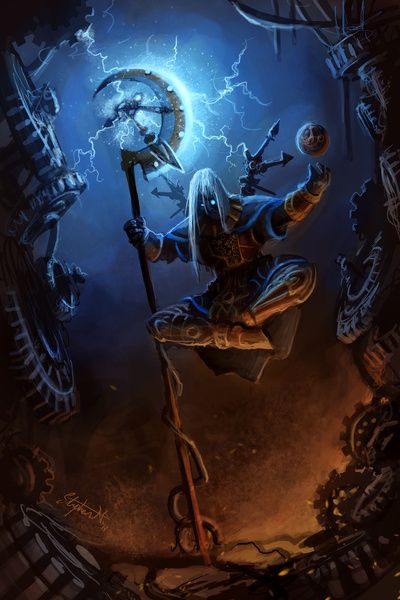 The Wanderer’s Scripture: Volume 1
[!] The following scriptures would be plastered amongst that of the vast Enarion continent. All penned in what seems to be a pristine blue ink. Any and all could read from such with relative ease.

Greetings to the inhabitants of the Plane of Balance. I’m sure that some of you may have met myself, however I’ve managed to keep myself up long enough to publish these words so I shall go ahead and introduce myself once again. My name is quite confusing, however you may refer to me as ‘The Wanderer’. I am a Champion of the Temporal Plane who has been tasked with dealing with some of the issues that plague the current landscape. As some of you may have seen, there exist these ‘Temporal Gemstones’, which are noticeably not as they should be. These diamonds arc with a blue lightning and give off an alignment which is not perfectly adjusted with that of the Material Realm. That is because these gems have been corrupted by an (as of now) unknown entity. 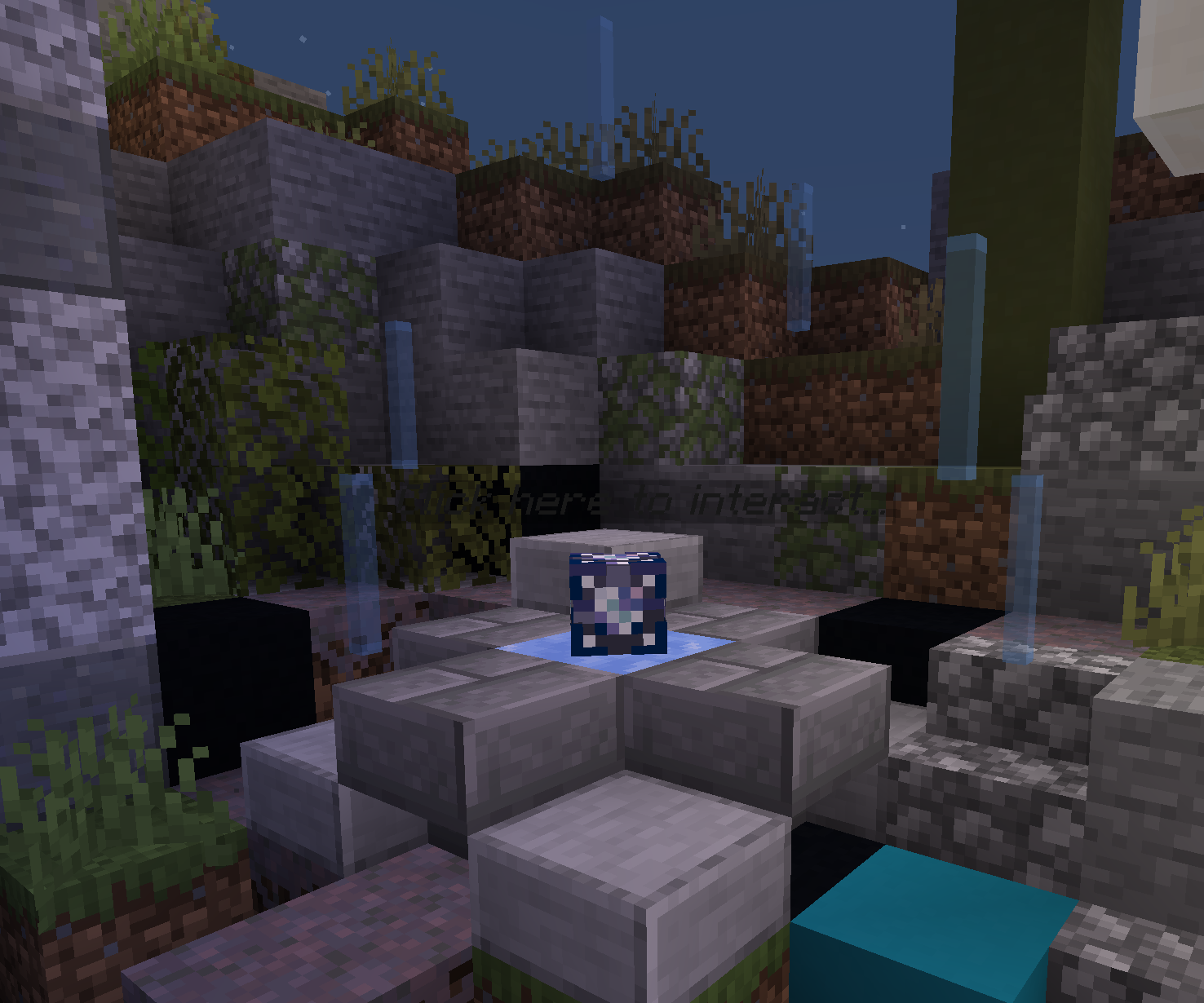 ​
These gems, just via existing, corrupt the very Space and Time of our realm. Temporal magic is supposed to allow an ease in traversal of our timeline, a simple slide back and forth between the magical lines of our realm’s history… However, these gems do not do that. Instead, due to their corrupted properties, they are being used to make people of exaggerated histories come into the current realm. People from times where different happenings have gone through, whether it be someone from utopian existences, or from dystopian totalitarian hellscapes. I refer to these people appearing simply as ‘Blips’, and right now whilst they’re just sporadic different people… with time it could drastically morph and malform into making landscapes, cities, places, even gods from other places getting sucked into this world. Things which would certainly bring about a nigh total collapse of our realm if not dealt with here soon. 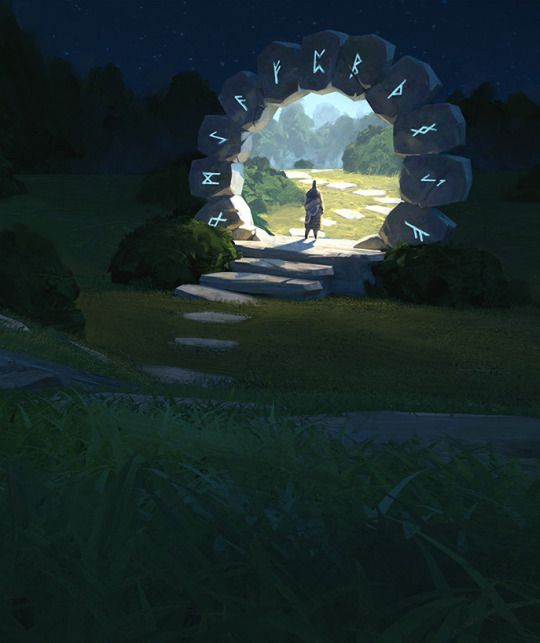 ​
Luckily, with the help of those amongst Enarion, we will not have to fret about what could possibly transpire, for the gems can be ridden off with your help. These gems, which I henceforth shall refer to as ‘Corrupted Conduits’, hold within them different realities. Realities which are based upon the timelines of the places in which they have been left. However, given their corrupted nature about 90% of it is quite an exaggerated white noise. Often holding shifting landscapes and breaking apart rooms which can crush anything within. Going within could easily lead to one’s death, transmutation, or something worse which not even the gods above would want to attest to. Though, I’ve thought about these risks and have thought of a way to diminish the possibility of these risks going wrong. If you are interested in delving into a gem, then please do reach out to me and I can make clear the process. I will most certainly clarify this process at a later time when I make another update.

I shall be making these volumes about once every few months to clarify the progress of these blips and what their feedback is having upon the world about. At the bottom of here shall be the percentage of issues which happen. Should the Rift Progress ever reach above 100%... we will have a problem.

Alongside these rifts, I can make estimated guesses about when the first ‘Large Blips’ will transpire. Happenings which, if not dealt with, could have a massive backfiring effect on Enarion and its landscape. We have about more than a year to prepare for this, so I shall see you all then.

With between 6-8 of these gems in total, and my eyes only having located 2 so far… it’ll be up to the people of Enarion to help me with dispatching these evils and ridding of the corruptive entity which has grappled on the Material Plane. Thanks to any whom intend to help with this, and for those of the most stalwart hearts I shall try to give back as much as I can.

OOC​
Hello! I’d like to thank you all for reading! I know this is alot of information to take in at once and that this is quite a magical eventline so if anyone is confused feel free to message me directly at Amethyst#0640!!!

Alongside myself my main assistants will be Emp__, and Pyrias directly, and if others join then I will make clear their assistance on these posts or on various event signs!!

Most interaction requests should be sent to me directly, and I will give you a different DM if I am busy! A few rules though and notes about this event before I get too far into it that I hope people will respect and follow!

where is the cat girl timeline?
OP

Ren_2 said:
where is the cat girl timeline?
Click to expand...

BROOOO WE IN DA MCU

Ren_2 said:
where is the cat girl timeline?
Click to expand...

I cannot wait for this! It looks epic.

I'm not a weeb but