The opening of Courts 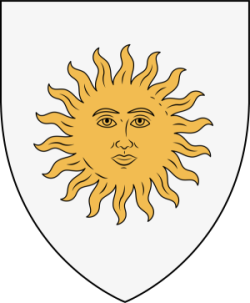 The gods guard us and the honourable
A season of court.

​
To all who find and read this missive, the season of court is upon us. And as such, the newly constructed throne room will be used monthly to accept people who wish to have their concerns expressed and heard. The court will be open starting from now and it will continue for as long as someone is within the temple throne room to accept such discourse. We also invite people to visit the newly renovated city of Westholm.

All people, whether they be direct citizens of Westholm, or citizens of vassal states. To citizens of neutral nations. Are invited to such an event. We hope that such an initiative will increase the discourse between rulers and ruled. And as such bring in newfound prosperity to our land.

We are furthermore, currently looking for tenants for large estates within our city, and we also require people to maintain our town square's tavern. We have currently no plan to tax such properties, nor do we do for any other properties within the city. Our newly tilled large field north of our city is furthermore looking for workers to tend to it.


Signed,
Gwyn Thorpe​
I will often personally be in the throne room, ready to rp with anyone who has anything they wish to say. This can be if you wish to strike deals with our nations of if you have any concerns of really, any kind. I am hoping this initiative will create some cool rp.
Last edited: Nov 28, 2021
You must log in or register to reply here.
Share:
Link