THE ROYAL ARMY OF WESTHOLM “We shall then defeat the whole lot of them in one go!”
​
The Royal Army of Westholm is the central pillar of military might in the human realm. It is the first organised human army formed by King Eadwine in the beginning years of reclamation. As a process of its institution it has turned the human realm into a formidable fighting force which has seen few defeats and has been dominant on the battlefield. At first an army solely of wiccan peoples, it has come to be the home for professional soldiers of all cultures such as the nornmen, nordeyr and even the lost vlachian people.​
​
The men and women that fill the ranks of the army are professional soldiers, paid by salary every year with their own bunk and the ability to rise in society. It is extraordinary in that fact, the only place in Westholm’s society where men and women can go from peasant to gentrified nobility with honest service.​
RANKS & STRUCTURE 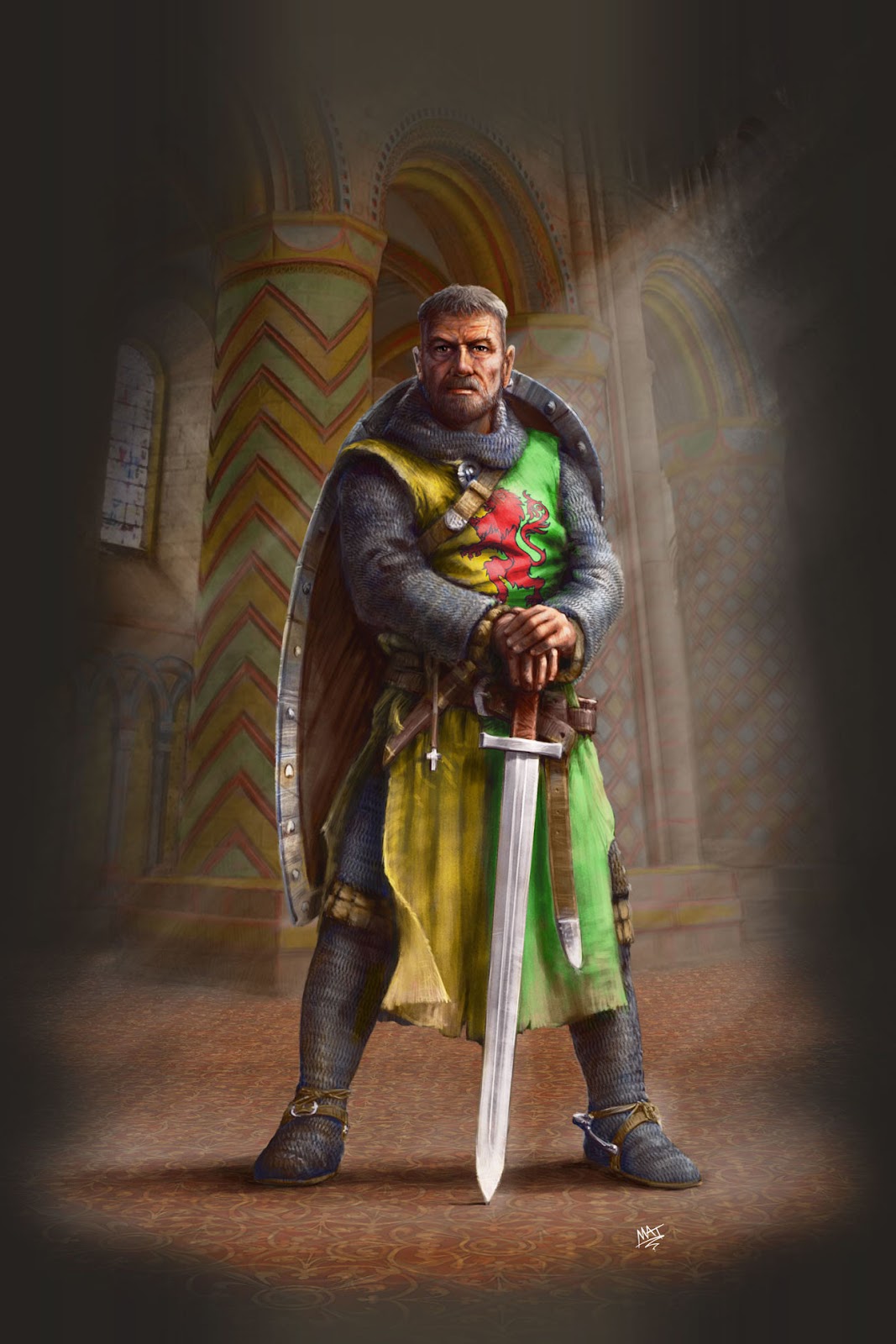 A nornish knight, bearing the heraldry of his house
“What does the officer say in reply to the Marshal? Hoo, Haa!”
​
The army functions under a very strict system of established hierarchy. At the very bottom of the chain of command lies the enlisted class, the young footman and the ageing men-at-arms, and at the middle lies the jr. officer class, the gruelling sergeants, the veteran leftenants, and lastly lies the sr. officer class, the appointed man of the marshal, the captain and the lord marshal himself.​
ENLISTED
​
Initiate​
Newly recruited men and women, sourced from the surroundings villages of the kingdom​
Annual pay of twenty coins​
​
Footman​
Trained soldiers not experienced in battle, but drilled extensively​
Annual pay of thirty five coins

FIGHT FOR KING AND COUNTRY, JOIN THE ARMY TODAY!
​
OP

OOC:
​
The Army of Westholm is at the centre of human politics. If you want to make a combat orientated human character (or elf, or dwarf) but be involved in human roleplay then look no further. The Army doesn't just allow you to rise in status, there are loads of organised training, wargames and skirmishes each week with a total of 16 events in the past 4 weeks.
You must log in or register to reply here.
Share:
Link