RIGHT TO RULE | CRIMES OF AELLEN 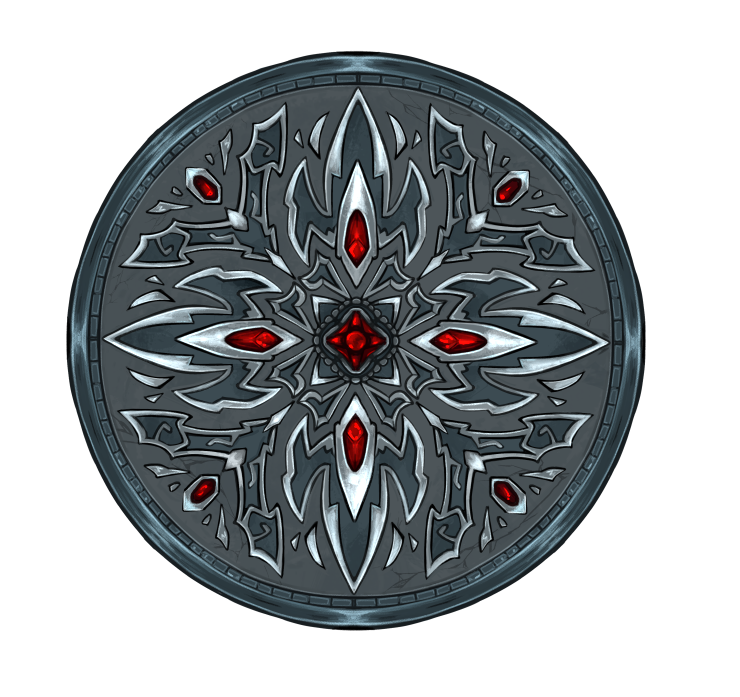 RIGHT TO RULE
The Crimes of the Aellen Council

​
To the denizens of Aellen,​
​
I hear the cries of our kindred; the bloodshed of war, stained by the ephemeral humans attempting to decree our lands as theirs. We are a crumbling wall, unable to sustain ourselves, to grow or expand. The laughing stock of Enarion -- we call ourselves an Empire, but hold one city-state. Calendale flocks in their feudalism, promised with riches and glory from their plunder.​
​
They are fruitful in their religion, and so I question if the Lording Sun is the source of their power. We are shunned by the Divine -- Annumara does not stare upon us, nor do the stars that gleam overhead, or the waters that break our thirst. I have ventured far and wide, exploring human-lands, discovering their faith. ​
​
You scorn the power of the Blood Drake; we the blessed ilk of Yaen continue to be watched by our Father. He appears before us, providing us both trinkets and tools for negotiation. Sadly, the rule of the Aellenites has wronged our presence and my family.​
​
My brother Vanikath was obsessed with ensuring the survival of our mighty kingdom, and yet he was bullied. My brother Larthamiel wrote and ensured diplomacy between our mighty kingdom, and yet he was heaved away. You promised us a seat in the council of your dominion, and once we brought mithril tools and armour, discarded us for nothing. ​
​
You are less than Elder, and as the line of Nardual falls short, it has degraded into nothingness. Hiding in your palace walls, unable to appear against the human delegate in fear, praying to spirits that do not love you. Let me remind you:​
​
The Blood Drake is absolute.
The Blood Drake is almighty.
The Blood Drake is virtuous.
​
Those who abscond their faith, find path in Yaen and his merciful claws. Humans are short of life, yet have learnt and grown more. I am disappointed. ​
​
TO ELDERS OF AELLEN;

Article I - Religion
♛ You will all surrender to the will of Yaen and abscond your faith. We cannot trust the spirits of trees to fight wars. It will be the blood of the Great Drake that will save us.

Article II - Council
♛ You will all surrender your seat of council to my kindred. Elders will be replaced accordingly by the Prophet of Yaen.

Article III - King
♛ You will surrender the King of Aellen, to be replaced by the flesh of Yaen.

Article V - Cultural Reformation
♛ You will adhere to the philosophies and ideologies of Yaen. Those unable to adapt to the correct uniform, behaviour and otherwise shall be deemed criminal.

Article VI - Vanikath & Larthamiel Ascension
♛ Statues will be made to pay respect to my brothers that were wronged in the middle of the square. In the presence of my brothers and the family of Velam, respect will be shown.


You will lose this war regardless. To the citizens that wish for a chance to win, I grant you this opportunity.

The Age of Elves is now. ​
Signed,
Zirath, the Prophet of Yaen
​
To everyone interested in roleplaying an elven culture, there's a link below. To summarise, it is based around the extremist views on Elven ideology being supreme and above all else. We are the only other religion approved for interaction alongside The Five Divines. If you are interested in an Elven religion that does not accustom to the regular x and y spirit, feel free to message me on discord and I can help you out!

"Oh my, so many slaves!" A particular de Retford exclaimed within the premise of his chambers. "What a bargain!"

Nardual Aeleth would hear of the demands from the people of Yaen. A small smile showing his protruding fangs - "Finally. Some good news" he comments, slipping into his lair. Taking some time to ponder on the recent developments

Friedrich would sit back in his chair as he said: "Yes. This is EXACTLY what they need" he'd then shake his head as he got up and continued to work on knight documents

The Young One, hearing about the order of rule. He pondered upon the entire being of these followers of Yaen. To him, they sounded naught but yet another higher being followers. He tilted his head and showed an expression of slight disgust, but then decided to think otherwise, standing up, adjusting his hat, he knew better not to judge a book by it's cover and assume the very worst, making his way to find said people, seeking to see if this is an attempt filled with stupid bravery and boldness or with wisdom and ideals.

Aaron would read the missive, and even though he felt like a hypocrite, he said.
"Maybe it's time to move back home..."

Allen soljer grins at the missive before speaking “allens only chance”

Atlas would hold the missive in his hand, staring at it for a few moments after he finished reading. “This…I did not predict this.” He would glance out the windows in the Salon de Avice, looking as the sun sets in the horizon. “Not at all…”

Losyxi tossed the paper in the trash.

*Esreldria Labrinth glanced at the paper, before crumpling it up and throwing it in the fire pit her only words were* "We, should all have rights.."

Minsheng looks at the missive while drinking some sake. "What an auspicious occasion for such an establishment to behold." Whatever that meant! She was simply sitting beside the campfire.

As Hanselt sat down on his bed reading the memorandum "What sadness that it had to come to this. The elves should have known their place. What a pity." He said crinkling the paper going back to sleep thinking about the war.

A certain dusty-birch humanoid would have been walking around Annumara's lands as she often had. Picking up this missive on the ground as it looked interesting from afar. To her disdain it only reminded her of the ignorance of some men and women, making her give a hearty chuckle. "This would be the most futile attempt for daunting the folk of Aellen I've ever seen. Ha! Even Calandale does better than this. Getting rid of three religions infused into the history of Enarion, even before the Calamity. Certainly.....these men and women aren't that....slow-witted.." She'd then shrug as she dropped the paper on the ground, not even bothering to tear it as it made her chuckle, and perhaps another traveler would too! "Now where is the nearest tree I must hug..."

Mythri_Studio said:
A certain dusty-birch humanoid would have been walking around Annumara's lands as she often had. Picking up this missive on the ground as it looked interesting from afar. To her disdain it only reminded her of the ignorance of some men and women, making her give a hearty chuckle. "This would be the most futile attempt for daunting the folk of Aellen I've ever seen. Ha! Even Calandale does better than this. Getting rid of three religions infused into the history of Enarion, even before the Calamity. Certainly.....these men and women aren't that....slow-witted.." She'd then shrug as she dropped the paper on the ground, not even bothering to tear it as it made her chuckle, and perhaps another traveler would too! "Now where is the nearest tree I must hug..."
Click to expand...

“Then perish….”Allen soljer said, as he passed by the fool while patrolling the lands

Avi give a long look to the paper and then sigh as he sat in the private council room in his home underground and away from the world above, the table empty as laid out would be plans and notes from the past. The Pardon of Research private edition laid out in full, the letter from old leaders and new, several documents on the mages... But through it all his eyes would drift around his room before landing on the flags on the wall, "To think all those years ago... When got fort they dragged me there after all I offer was kindness." His wrist burning at the reminder of their hands on them and the way they made him feel like a animal, "The way they drag I so eagerly towards their stairs and the way they seem so ready to kill I as if nothing... How they attempt slander name in front of law man and queen at time... How they never apologize for that." His blood boiled as his lip curled back in disgust and anger at the memory of being dragged through Malstyria old fort as he cried and begged to his own gods for a savior, how he begged he could not shed blood due to the fact of his own wounds being still fresh and belief of marriage that was suppose to happen that year, how he felt fear that day that he would die... It all returned just as quick as he buried it and with one slow step he stood, putting his hat to his head and looking to the flag of Calendale he was gifted all those years ago by a lovely citizen woman there who gave it to hang amongst the others, "I hope you realize... All to well what you have done to I..." His gaze cold, "Was not forgotten."

Cirdan Hallowsby walks down a beaten path, the birds singing brightly above him as he hummed an old miner's tune, his steps in beat with his song. He paused, a paper laid before him on his path. "Goodness... What's this?" He mused, picking it up and giving it a good read. The tan elf's face slowly paled as he read the missive, his breath hitching in his throat. "Kaira... I have to tell her to stay away from that retched city..." He spoke out in a grim tone, crunching the missive up in his fist. "Her and Al'Gule are not safe... I only hope other good men and women are fleeing from this mess."

Gagnir thinks that people who use dark font colors in their roleplay posts/responses deserve to die in a hole.

Kinal would snicker at the missive and trashed it, Kinal seemed confused at why the dead Blood elves wanted to run the Nation that was doomed to fail as he smiled at the enslavement part;
"Bunch of fools. ."

Guilt was wheezing his ass off as he read the missive completely, his eyes in tears and his body in hysterics. The Creatures that he fed were in hysterics at the sight of the missive and Guilt's break as he rolled on the ground. He couldn't stop wheezing and laughing at the fools who wished to run and enslave a Nation. He rasped and gasped for air as he laughed and the creatures couldn't handle it either as he slowly raised up giggling and tried taking a seat. His eyes swollen from the hysterics as the creatures couldn't stop their cackling and cawing, Guilt coo'd as he wiped his eyes,
"By the lord. . That was funny. ."
You must log in or register to reply here.
Share:
Link

Mythri_Studio
Druidism event happening right now! @ Me for a tp on discord or minecraft to the event
43 minutes ago 0 replies