Rheynland Job Board
“It is here that is the heart of the Human people and the propagators of peace within the realm.” 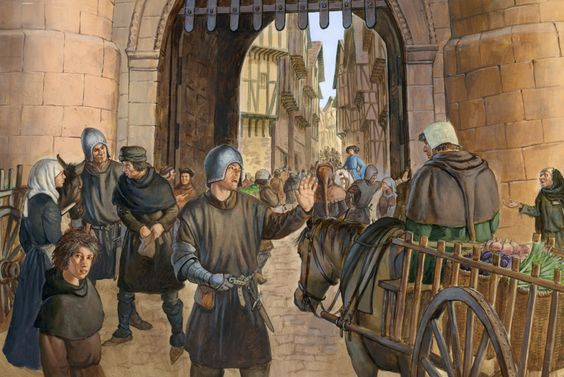 The Kingdom of Rheynland flourishes with incoming commerce and businesses, all which are constantly looking for new avenues of work. Whether it be you are new to Rheynland and looking for pay or a longtime citizen looking for a new career, there is something for every walk of life within the borders of the Kingdom of Brilliance. The following listings are looking for new employees at their establishments.

*
RHEYNISH ROYAL ARMY
“The Royal Army of Rheynland is one of many pillars that contributes to Avengard’s prosperity, its primary purpose consisting of keeping the King’s peace and protecting his subjects from threats, internal and external. The institution was established by King Edwyn in the early years after the Calamity. While at first throughout its ranks numbered mainly Wiccans, the force has grown into a formidable battalion of great diversity, enveloping many skilled soldiers in various fields. To maintain order in the King’s lands, so too the armed forces must exercise discipline, uniformity, and procedure. To clearly define the structure and the line of command, soldiers are divided into a hierarchy - beginning from the bottom, a recruit can work their way up the chain of command through their achievements, efforts, and experiences. There is a pay of anywhere from twenty to one hundred coins per week depending on rank.”
Seek out the Lord Marshall or an Officer to join the army today!

OOC: https://www.fantasyrp.net/forums/threads/rheynish-royal-army.4263/
*
THE ROYAL HOUSEHOLD
“The Royal House of de Retford with the constant ongoings of the palace requires the hard work of servants and laborers to keep the household going. While most who live in the palace are constantly dealing with matters regarding Rheynland, it is the duty taken up by the servants and other members of the Household that keep the day-to-day functions running smoothly. The staffers and attendees of the palace receive a lump sum of 75 silver per year for their work.”
If serving in the Royal Household interests you, reach out to Meredith de Retford!


OOC: https://www.fantasyrp.net/forums/threads/the-royal-household.3944/
*
THE FAITH OF THE FIVE
“Founded upon the veneration and celebration of the Eternal Divines through the rebirth of Humanity upon Enarion, the Elyaric Order espouses the virtues of each Divine acutely and staunchly. From them the faithful of humanity are given the gifts of the Divines through incessant instruction and teaching..”
Seek out Jerom, Rulgan, or Mauno for a position in the clergy.


OOC: https://discord.gg/ZMMZCGE https://www.fantasyrp.net/forums/threads/cult-of-the-five-divines.464/
*
ROYAL OFFICE OF FOREIGN AFFAIRS
“The Kingdom of Rheynland is a land filled with headstrong, valiant citizens who fuel its consistent growth and success. Amidst this populace is a collection of academics and leaders who took up the art of speech and transformed this idea into constructive social and political skill sets. This group is known as the Emissaries, loyal subjects to Rheynland who carry out tasks relating to other communities and groups that lay outside their borders. They serve as both initiator and mediator for the different scenarios that involve Rheynland, holding the ultimate goal of maintaining sanction within the kingdom’s walls and borders.”
Speak with Klaus Monroe if being an emissary interests you!


OOC: https://www.fantasyrp.net/forums/threads/kingdom-of-rheynland-the-ministry-of-foreign-affairs.3742/
*
SANCTUARY OF SCHOLARS
“Holding both as an academy for education and institute for research, the Sanctuary of Scholars offers a place for those wishing to dig further into uncovering secrets and their answers. With the Fellowship of Scholars guild mainly residing within these halls, other citizens are welcomed whether with intentions of joining the institute's ranks or aiding these efforts in other manners.”
Inquire with Klaus Monroe about becoming a scholar!


OOC: https://discord.gg/8kPSTnK
https://www.fantasyrp.net/forums/threads/raymond’s-academy-revamp-sanctuary-of-scholars.3581/#post-12543
*
THE ARTISAN’S GUILD
“This guild shall be a place where you can improve yourself and if you put in enough effort, you may perfect your craft. There are a multitude of jobs that require the acquisition of resources for the guild; so selling your resources to the guild will not only help you in the long run but also assist the guild itself! Wanting to put your skill on display and sell your loot? The guild's storage will comprise of many resources to help assist any eager artisan, however, selling your gear will mean that whatever you sell, a small portion of it must return to the guild treasury.”
Speak with Altria Melromarc to join the Artisan’s Guild

OOC: https://discord.gg/NjXXd3R
https://www.fantasyrp.net/forums/threads/artisan-guild.3451/
*
THE ENGINEERING GUILD
Guild of the Iron Cog
“From the golden seas birthed the blessed hands purposed to amalgamate wood and iron, producing wondrous creations for the realm to see. Generations upon generations of the seafaring wiccans bred a unique type of man, one capable of seeing the world differently than those with ordinary eyes, one with unrivaled creativity dedicated to naval advancements. Such are the traits of the dewi as well, famously known for their development of machines that possess intricate mechanisms.”
Speak with Milo Mythrilpouch or Lidmann Cooke to join the guild!


OOC: https://discord.gg/7vgjtERtJg
https://www.fantasyrp.net/forums/threads/guild-of-the-iron-cog.4270/
*
CULINARY GUILD
The Savory Sun Guild
“The Savory Sun Guild of Avengard supports, promotes, and celebrates the culinary arts within Rheynland’s borders. The Guild is a hub for chefs, bakers, farmers, and culinary educators, among other professions, committed to bringing Avengard’s people from all walks of life delicious food to eat. Members are primarily employees of either the bakery, tavern, or suppliers, though all enthusiasts of the culinary arts are welcomed to join. Connect with master chefs and bakers, and other innovative folk who wish to elevate the culinary arts and bring a variety of dishes to the denizens of Enarion.”
Seek out Kalliope de Retford or Anastasiya to join!


OOC: https://discord.gg/feHp6MX
*
THE ADVENTURER’S GUILD
“The Guild's main function is to repel the monstrous forces of Enarion, wherever they appear, through the use of bounty and quest boards. For those less combat savvy, the Guild also offers quests focused more on exploration and the gathering of rare materials. Want to do quests and fight monsters? All while being paid for it and having a steady progression system? Join the Adventurer's Guild!”
Come by the Guildhall to become an Adventurer!


OOC: https://discord.gg/68G4BDP
https://www.fantasyrp.net/forums/threads/adventurers-guild-questboard-18ac.4187/
*
THE RANGER’S GUILD
“The Oakleaf Rangers are a guild with the goal of defending against monsters and bandit, that terrorize the people of Enarion. Many Rangers are taught highly advanced skills, such as tracking, concealment, and unseen movement. They have four different units that work together to ensure this goal is completed.”
Speak with Tom Shadow to become a Ranger!


OOC: https://discord.gg/g2KYkqr
https://www.fantasyrp.net/forums/threads/oakleaf-rangers-overview-of-all-units.3342/#post-11566
*
HAMLET HERBS
“Hamlet Herbs is an apothecary hidden within the walls of Rheynland, its name a testament in reminiscence of the Hamlet of Jorrick that once stood where this small herbalistic community now thrives. Hamlet Herbs maintains a focus on the study, handling, and distribution of herbs, with the exception of the odd burn, bruise, and rash treated within its doors.”
Speak with Zinovia de Retford to become a part of the Apothecary.


OOC: https://www.fantasyrp.net/forums/threads/herbs-of-the-ol-hamlet.4021/
*
AEGIS TRADING COMPANY
“Aegis Trading Company is a company owned by the Mythrilpouch family and run by the current presidents of Milo and Daleka Mythrilpouch. The Company has been officially founded since 10AC but has existed much longer than that and dates back to as far as 3AC. The company's main markets have been potions, mithril, and dragonwood but often reaches outside of that market to accommodate their loyal associates and customers.”
Speak with Milo or Daleka about becoming a member of the company!


OOC: https://discord.gg/mS96Sf2SP6
*
POST OFFICE
“A calling to all couriers and mailers across the realm of Enarion, the Post Office is looking for couriers to deliver letters and packages around to different nations and peoples. The job of the couriers is to ensure that the outgoing mail reaches its required destination efficiently and without damage. Applicants to the courier position shall be interviewed by Octavian.”
Seek out Octavian for an interview.

Swifty
Join Divisus, if you do you're certified as cool.
Yesterday at 3:31 PM •••