ON THE EVE OF BATTLE ​
​
ON THE EVE OF BATTLE, THE SUN SETS​
​
“To my bloodkin and…” waivered the quill upon the parchment, the unsteady and irresolute hand of the king. The thoughts of an old and aging dewi began to spin, taking his mind back to a time where his people were on the brink of calamity. No lands of their own, no shelter or cloth to their back and no pride in their life. That was until Thorsten and his fellowship embarked on a quest through the portals to establish a realm worth living, farming and settling. The best stonemasons and architectures were brought through first to help carve the stone of the ruined and crumbled city, repairing its old infrastructure and constructing a grand palace for Thorsten and his ilk to live peacefully after the hard diligence of reclamation.​
​
And it was as if the gut-wrenching letter that would seat his fate was written with minutes. Thorsten lay down his quivering quill, bringing the parchment up to be held with both hands as he read it over, and over, and over until he had read it thirty times. The idle ripples of the river nearby helped to sooth his mind and bring him closer to tranquility, where once his mind was clouded by war and revenge, here he found peace and clarity. The entirety of the letter was cast on the thought of his friend Halfhand, who had been more loyal than any dewi but was unwilling to counsel during times of war. This helped to put things into perspective if a dewi that loyal and trusted could not bear to see the catastrophe of war was it truly the only path?​
​
In the end, as he brought the letter to a close, he thought of his mishandling of the Ironfoot, a band of most reputed warriors but wayward sons who would resolve themselves to loot and plunder. How could a king of the dewi set aside, banish and exile these sons for their intolerable behaviour. They were young and lively, first into the fray and last out of the shieldwall. They were in every sense loyal to battle but disloyal to honour. Though even if the wayward sons are at fault, is it not the fault of the father who raised them?​
​
The long trip back to the city of bronze was long, not hurried or forced because he knew that for every small step he took, it brought him closer to death. His mind had been made up, the conflict must be stopped to prevent the destruction of Enarion. Whether that be his halls, the ivory city or the gloomy westmarch. And yet, the prevention of the war could not simply be levied with a simple treaty, that was made evident through the elves breaking the pact. It must have a resolution, one that would help to clear the minds of the leaders of Ascara, Westholm and even the Assembly in Ordheim.​
​ ​
​
Thorsten stood sombre and still, his figure appearing almost bony in nature glanced upon his kingly armour. He raised both hands in sync to lift the helmet from his stand before lowering it upon his head. Next he lowered his chainmail hauberk across his body, its long chain rings moving to dangle from his torso to his lower legs where it suited to protect him from lower blows. And lastly, he tightly secured his breastplate with a leather buckle, securing in place the protection for his upper body. On his way out from his room, he picked up his jewelled axe adorned with colourful gems and etched with powerful runes.​
​ 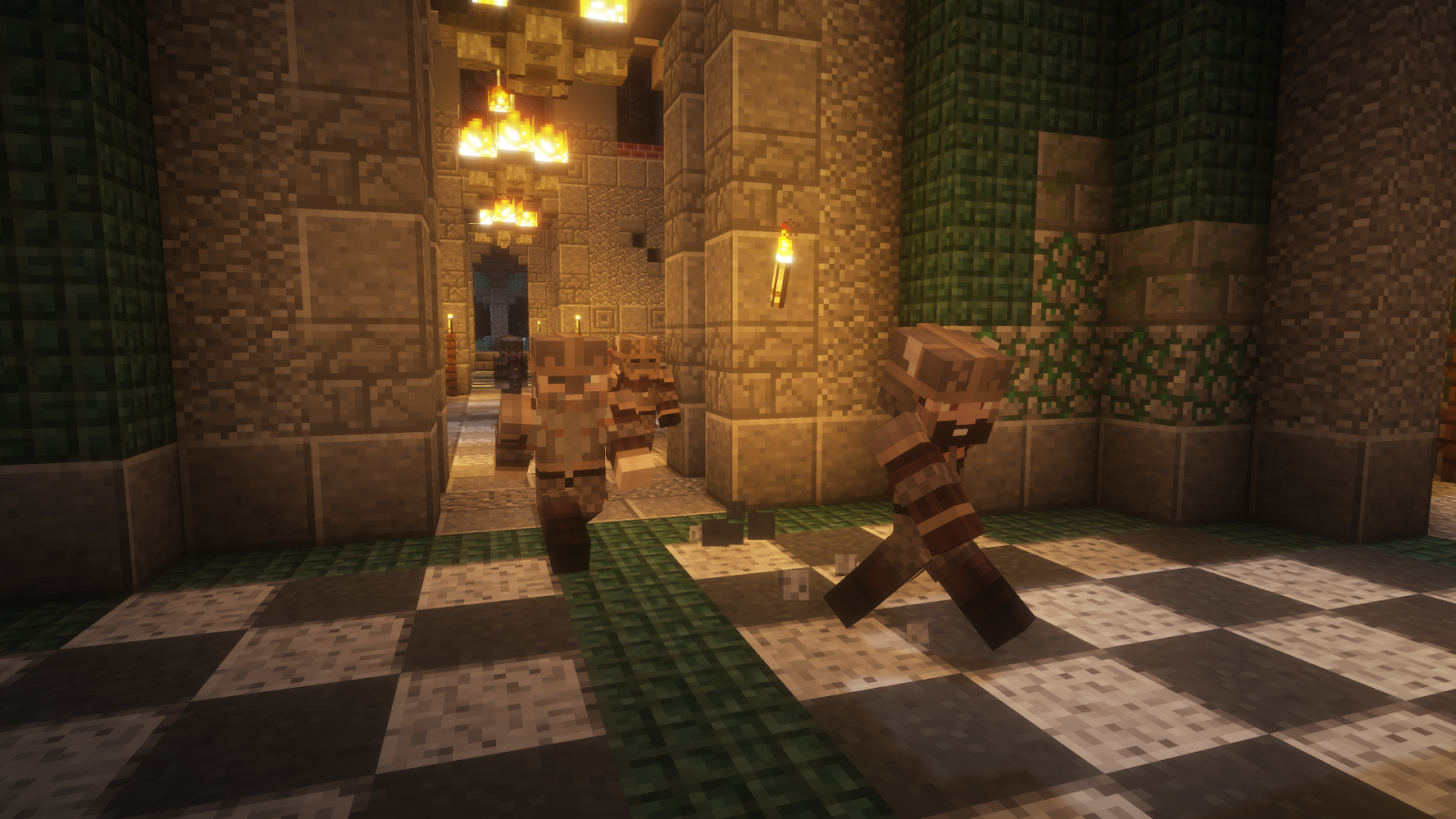 ​
​
The rest of the day was silent and bleak, his retainers knew the day was coming and gave a simple nod of the head to his request. Adorning their own armour and mounting their steeds they quickly set out from the bronze city to the Gates of Reyn. Surveying the land for the last time, Thorsten recounted the battle which had happened only a year previously. The royal throng had beaten and repulsed a human invasion of the surrounding lands and had established a base of operations in Castle Reyn where a small garrison of eighty men stood watch for any further advances.​
​ ​
​
King Thorsten and his loyal bronzeshields, Dutrig, Skokock and Thorkyl sat camped outside the gates of the human city of Westholm. They waited days through thunder and rainfall, braving the harsh weather of the westermarch before King Richard and his fyrd appeared at the front of the gate. With very little to say and the chill thought of death, Thorsten challenged Richard and his fyrd to open battle before riding quickly off to the Gates of Reyn where he had carefully surveyed and chosen the field of death. A plain so calming and blessed by wondrous beauty that even the gods would find the place fit to dine. ​
​ ​
​
ON THE DAY OF BATTLE, THE SUN RISES​
​
As if by some sort of divine ode of approval, the sun rose where yesterday it had set. Thorsten lifted his axe into the air calling upon an ancient blessing of the gods and hailing his death for the halls. The sun then struck the surface of his axe, shining back onto his retinue the light which he had called upon. At the dawn of the 21st of the Last Offering 2 AC, after nearly three years of reclamation the abyss beckoned forward Thorsten, Thorykl, Dutrig and Skokock. ​
​ ​
​
The horn of Ferro was sounded across the valley, its echoes rebounding off every leaf before being deafened out by the blood curling terrors of battle. The scraping sound of iron and steel as blade meets blade, armour or flesh. At the first calling Thorsten charged towards glory, in redemption for his mistakes and for the conclusion of an era of conflict. Thorykl charged similarly behind with his crossbow in hand, firing off one last bolt before throwing himself into the fray. Skokock lagged behind, following his king's lead by taking on human champions who had missed the king and had instead sought him out. Dutrig was last into the melee, swinging his dual hook blades around at the large clump of levyman and cutting through flesh and timber shield.​
​ 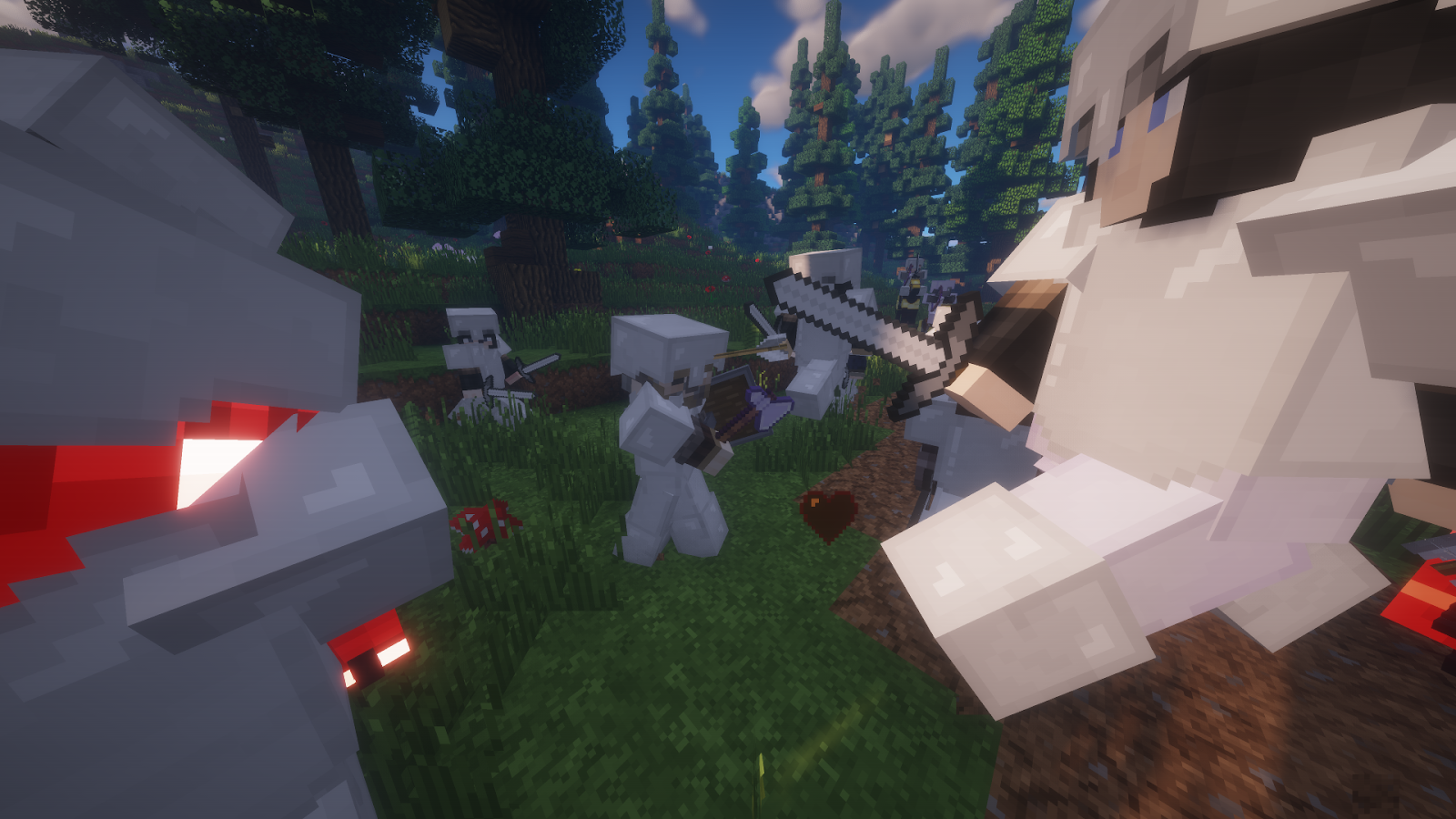 ​
And as the gods would look on with amusement, King Thorsten in all his wrongs was surrounded and doomed to die. His shield cut up into pieces and tore leaving very little if any defence at all. He brought his axe wildly upon any foe not caring for the execution of his enemies but rather exhausting the adrenaline that had been building up during his last days. Towards the end of the battle the clashing of iron and steel would still continue to ring out among the valley, through the confusion of it all, the four dewi lay dead for some time but the humans encumbered in their own lust for battle had begun fighting among each other before slowly realising they were fighting one another.​
​ Romund had ordered the men to pick up the bodies upon their horses and carry them to the Kingdom of Ordheim, for their King and his retinue to be returned to their home and so they may rest in peace.

Useth could not bear to see the body of King Thorsten as it was delivered. A noble wise dwez, who had sought the betterment of his people. Useth set fire to his belongings and rode out with his stallion, armored and lance in hand. Then that was last anyone saw of Useth Blackfist.
You must log in or register to reply here.
Share:
Link

Mythri_Studio
Druidism event happening right now! @ Me for a tp on discord or minecraft to the event
43 minutes ago 0 replies