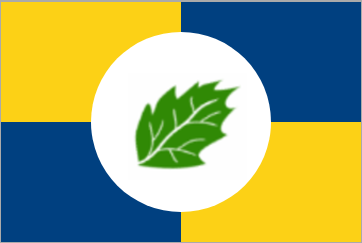 The guild is a collection of highly skilled individuals who make their living from the wilds around them. The Guild is a family to those who need one, it is a haven to those who need safety, and it is a friend to the like-minded: Founded by Tom Shadow (Shadowz#8490)
The Rangers are the protectors of Enarion. They are as wild as the domain they inhabit. With their skills in tracking, stealth and hit-and-run tactics, they serve as scouts for the armies and nations, working in small teams to help against the enemies in Enarion

Our Goal:
We keep a watchful eye on the events that happen in Enarion, always ready to step in and restore the peace. If that means putting down false Kings, sabotaging corrupt organisations, and fighting monsters then so be it. The way of the Ranger is to be one with the land, wishing to hone oneself in their skill. A Ranger is tasked with keeping the peace, before and after graduation. They stand as a family beside one another, in blood or without. 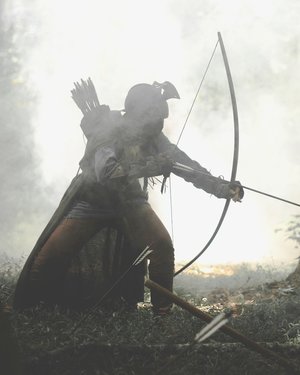 The First Rangers: Legacy
The first Ranger brought peace to Enarion, years before the calamity struck, helping in the forest lands that were riddled with bandits and thieves, but once the calamity struck, he focused on teaching others of his ways. On the return of Enarion, the creation of the Guild was made to focus peacemaking until reconsidering and now focusing on taking on bandits and monsters that now patrol the land of Enarion.

The Oakleaf Rangers were designated to help control of law and order in the lands of Calendale and Rheyn. They are the eyes, ears, voice and hand of the Kings in the wilds. Patrolling the province and set on frontiers to guard and watch the borders of the Kingdom of Rheynland. They have become beacon lighters and well-respected to the people of Rheynland and Enarion as a whole

Emblem: The Oakleaf, symbol of the forests and countryside Rangers focus the majority of their time in.

Culture: Hunters, trackers, and scouts, specialised in woodland survival and tactics, They heavily specialise in archery, but have great flexibility in hand-held combat. Rangers run light and fast, their goal is to defeat their enemy before the foe even knows they are there or can harm anyone. They often carry bows and rely heavily on archery in a pitched battle.

Equipment: Their colours are subdued olive and dark greens, tan, brown, grey and some are blue.
If they wear armour, they will wear chainmail, brown/tan leather armour and brown leather studded/steel reinforced armour. Some of them will also wear sallet and nasal helms that allow for visibility and flexibility whilst wearing armour

Follow the Leader: The Leaders of the Oakleaf Rangers
The Ranger corps has always had it’s mysterious outsiders, but even within their ranks there are but comments of the command of Tom Shadow. A skilled tracker and scout, his knives and sword are matched in sharpness and precision only by his tongue, As cunning as he is fierce, he is a survivor of the undead and the calamity, escaping with his father.

Scrap Vexen, the second in command is also a well known Ranger. A well-skilled tracker and scout, with his precise sword combat skills that also reference his good leadership qualities. He is a survivor of the long winter in the Shadow woodland. A location in one of the portal realms; some outsiders and Rangers say this experience drove him mad, others say it only strengthened him.

Arm Yourself Properly
Rangers are never in one place for long, unless they are forced to stay in the Ranger Corps in Avengard. They need to pack light, but the essential gear in order to stay adaptive. Oftentimes these warriors pick up odd pieces of gear to fit their tasks as they roam the countryside. Some of these pieces include:

Bow - The most useful tool of a Ranger, keeping their enemies at a distance, beneficial against large enemies.
Arrows - Rangers make sure they have a large quiver collection of arrows, making sure they are all sharp and used wisely.
Daggers - Rangers have a sword and a dagger, the sword used for close combat and the dagger is used for stealth and
Axe - Many Rangers have found that an axe is good to chop wood and also very useful whilst in Tor Ascara Forests, where the forests taunt the elves and travellers leading to many killed or injured, these forests are still under study.
Spears - Large sharp spears are always good to use, these are good against large creatures and give a better distance between the Ranger and their enemy.
Shields - Shields are all coloured with the Oakleaf Rangers symbol, these are used during times when Rangers are outnumbered and must use a shield to protect themselves, Rangers and others that they are working with.
Armour - Armour is always useful during conflicts with larger creatures, these creatures can injure and inflict pain to a Ranger, therefore, using armour will help protect the Ranger, however, it slows them down due to the weight.
All of these are handed over to a Ranger when they request them.

Formation of the Rangers
The Ranger Corps works still with heavy rankings and promotion based orders. They focus on ensuring that the Ranger message isn’t broken. This messaged/promise of "Honour is bringing back peace, destroying the evil that plagues the land.” This means that they shouldn’t be known with honour without a sense of accomplishment for their own destiny, not under any titles of their family heritage. The Rangers also know that it is important to ensure that Enarion is safe, whilst also focusing mainly on avoiding political debates. They refer to fighting just wars; wars necessary to help stop other wars from happening.

All the Rangers carry an Oakleaf Medallion, attached to their cloaks or on chains around their necks. These are either bronze, silver or gold leaf shape medallions, the gold medallion represents leaders of the unit and the silver represents a trained ranger and the bronze represents that they are an apprentice working to become a fully trained Ranger.

Head Leader of the Oakleaf Rangers: Attends to King’s needs, works on paperwork for the guild and ensures that the guild fulfilling his promise of protection for Enarion, they sometimes also joins in on the action and helps out the Rangers.

Deputy Leaders: They observe the Rangers ensuring they are following traditions and training suitably, they also issue quests for Rangers to attend to.

Gold Oakleaf Rangers: The Gold Rangers are well trained and well-mannered Rangers, they work to develop recruits and silver Rangers abilities and instruct them on the skills of Rangers. These Rangers also lead units of Rangers.

Silver-Golden Rangers: These are Rangers chosen to lead an apprentice, these Rangers are still developing their own skills to help sharpen themselves but have been picked for this as they are well trained and well mannered. These silver-Gold Rangers are well observed by Gold Rangers to make sure they are following the Ranger Code fully.

Silver Oakleaf Rangers: The Silver Rangers are well trained as well, they focus on scouting the lands of Enarion. They gain information and are messengers between the Kingdoms, ensuring that peace is a key factor for their messages; they also report to the Gold Leaders, who also make sure that silver Rangers are safe and keep the close bond of leader and apprentice.
The Oakleaf Bearers: Across the land of Enarion, there are Scholars and researchers. Those wanting to understand the world and discover the impact the calamity left upon the people and creatures that remained, those who became trapped and left to corrupt into this newly re-emerging world.

The Rangers have created a unit to join them, they are working alongside the Sanctuary Scholars, understanding the impact the Calamity and the people before and after have caused to Enarion. If they are ever in uniform, they have Silver-blue medallions representing that they are Oakleaf Bearers instead of the normal Rangers. They are taught differently focusing on investigating the land and ensuring that they keep their observation skills well known, They are also normally not focused on fighting and are also messengers for the Guild and Enarion as a whole.

Apprentice Rangers
Apprentice Rangers are shown with their Bronze medallions. These are the new recruits, and are trained by a member of their chosen unit, this is sometimes done by an highly skilled silver ranger, but mostly done by a well trained Unit leader and their deputy.

Rules:
Be discreet. Rangers are quiet, calculating. If you are a brash, loud-mouthed warrior, then the Guild isn’t for you.
While a fully-fledged Ranger might be incredibly quick and agile, that does not make him a ninja. Don’t be overpowered; even Rangers make mistakes.
Your character doesn't join this Guild and instantly become proficient at archery, or any of the other skills required to be a Ranger. If they already know some skills that’s fine, but they need to learn the other ones, then practice on their own. They will receive as many lessons as they need.
Activity is our second priority, so the more active you are the better!

Please feel free to join us, All are welcome. Race does not stop you from learning the ways of the Ranger.
To join us, please leave the following below the forum
IGN:
RP NAME:
RACE:
TIMEZONE:

We have a Discord as well if you would like to ask questions feel free to join
Discord: https://discord.gg/g2KYkqr​
[/SUB]
Last edited: Nov 10, 2020

4CD Lionfiles 4CD wrote on Lionfiles's profile.
shouldnt u have the nation leader role on the forums....
Yesterday at 9:09 PM •••