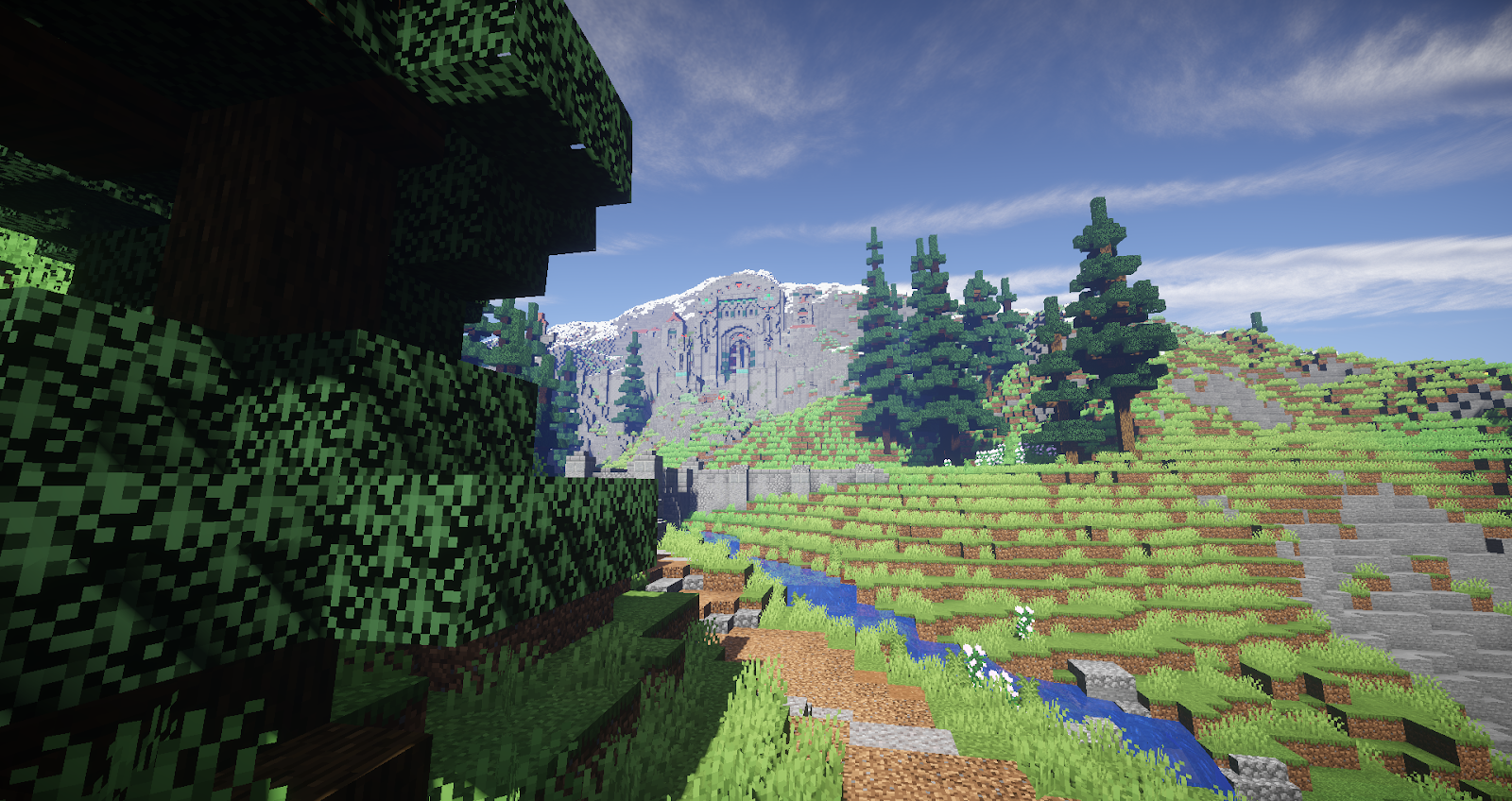 Occupying the Northern territories of the continent, the great city of Ordheim houses the King and Dwarven Assembly in its bronze halls. The city is also home to the fabled Hall of the Dead, and contains the various bases of industry and military practice that exist within the Kingdom - functioning as the beating heart of dwarven society.

Kaz-az-Ordheim was founded by King Thorsten, who led the surviving dewizim from the ashes of the event known as the Great Calamity unto the site where the hold of Ordheim was established. A great deal of knowledge was lost during this event, therefore little is known of the civilizations that came before. Despite this, it is commonly believed that a network of dwarven holds once existed on the continent.

There is disagreement by scholars over the fate of these settlements; many argue that entire cities were lost as the dewizim burrowed down to survive the calamity, with others suggesting that all suffered the same grave fate. All that is known to those that lived through the Great Calamity is that the surviving dewizim congregate in the north under the banner of King Thorsten.


SOCIAL STRUCTURE
​
Dwarven society is divided into clans, with each clan inhabiting a hold. The clan of Ordheim are known as the ‘Karakaz Ordheim’ in the ancient tongue, with the incumbent King inheriting the title of Father of the Karakaz by default.

In the times of multiple dwarven settlements, a hold may have put onus on a unique area of industry or military focus due to an abundance of a surrounding resource or its location serving a strategic purpose. With multiple holds there also came a great variance in cultural characteristics and perspectives. An example of this was the differing focus given by each hold to the nature of a dwarfs birth and whether their blood was considered to be that of noble stock. Some Clans did not add any weight to a dwarf’s status at birth and instead valued accomplishments in life, whereas others viewed noble lineage as paramount in assessing a dwarf’s pedigree or fitness to govern.

Ordheim is unique in these aspects as it is a city of displaced dewizim; being formed from the ruin of great calamity, the congregation of dwarves come from differing clans and holds and as such bring contrasting ideals into the nation. This has rendered the city as a melting point of various expertise and military competencies. In terms of class structure a more balanced view is maintained; the government view the line of Thorsten and a handful of others as having an elevated status, but they are not afforded greater civil liberties or bias in selection for official positions.

Ordheim’s approach to Class can perhaps be seen as the greatest contrast with the culture of other Enarion races, as the value put on the status of a dwarf at birth is diminished greatly in favour of merit from experience. This is a central tenet of dewizim society, as opportunity lays before any dwarf that shows their stock.


GOVERNMENT
​
Ordheim is an elective monarchy, where a King is chosen through election by the dwarven population to reign for life. From this mandate, the King is afforded executive power concerning all aspects of the governing of Ordheim, but it is in his interest to function with the cooperation of the Council of Skalds.

The Council of Skalds consists of the heads of military and internal affairs that hold devolved power over their respective field. These sectors are as follows:


Charged with administering the bank & running the tavern. Similarly, they are tasked with leasing the stalls in the market/plaza area to other Kingdoms or merchants. The Guild is also the director of the King’s trade and will look to establish agreements with other nations by setting up shops in other settlements.​
Craftsman’s Guild (Gal-oz-Crazdwim)


The Craftsman's guild is vested with the responsibility to pass knowledge of dwarven competencies unto the newer generation of dewizim. Such skills include smithing, woodworking, rune-smithing and mining. With this charge, it is also required that the Craftsman guild serves to produce supplies for the Kingdom’s coffers.​
Alongside these four guilds, the King can delegate authority to members of his personal Council of Elders. Together, the Council of Skalds and the King’s Council congregate together to form the dwarven assembly, who advise the King in all matters. It is in the King's duty to respect the assembly and strive to work alongside it to enable the Kingdom to run efficiently.

CULTURE & TRADITION
​
Dwarves are known to be isolationist in nature, usually showing weariness to those outside of their own race - this attitude does, however, contribute to an enduring sense of loyalty and kinship between themselves. Similarly, this trait forces dwarves to be protective over their knowledge and wealth, fearing that in the wrong hands their technology could be used to the detriment of the continent.

Dwarven society is driven by military and industry: priorities are that of technological advancement and military might. This in combination with a dwindling population has forced dwarves to put an onus on young dwarf’s mentorship into a specific competency, whilst simultaneously forcing them to be trained in combat. As such, to be considered a citizen and earn the right to vote in a Kingship election, a dwarf in Ordheim must owe membership to both a guild and a lodge.

A clan serves to define the ethnic background of a population residing within a hold as opposed to being an indicator of bloodline or familial ties. Therefore, “Ordheim” would not act as a surname and instead clan members have appointed a name that would have relevance to a trait, action, or profession from their life such as Elfbane, Greathearth


DWARVEN THRONG
​
The throng is the dwarven instrument of war. It acts as the king’s host, being led by the king itself, or his marshal (appointed by the king to lead the throng in times of war/conflict). The throng as an instrument is a levying force for the collection of men and women for war/conflict. All citizens and the lodges are bound by law and duty to join the throng. Conscription of non-citizens may exist within the throng as auxiliary forces or paid mercenaries.

_Cactus_
So. Crazed rn. Time is moving too fast, and I just want to eat some toast and cuddle up in a warm blanket. Other than that I'm just- fine. <3
Yesterday at 4:30 AM 1 replies

https://i.ytimg.com/vi/tREHgJ2D2eg/maxresdefault.jpg
Yesterday at 4:22 AM 1 replies

Pinks__
Thinking about making another military post, But it just seems mundane at this point. I really wanna write something, but i have no idea's Give me something people !!!!
Friday at 7:43 AM 1 replies