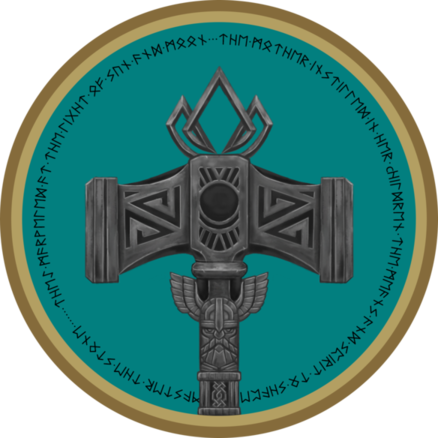 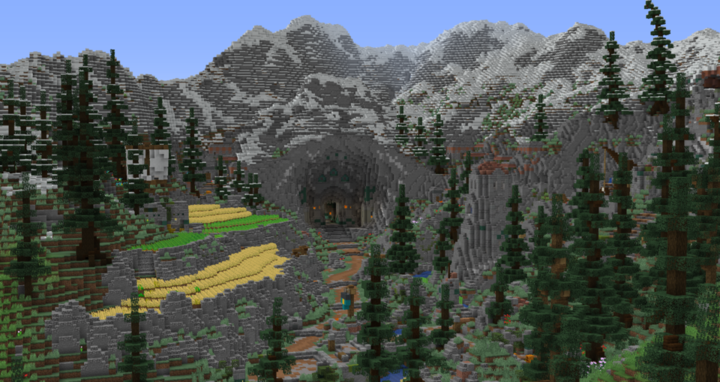 Kaz-az-Hazduun, or the Kingdom of Hazduun, is the current sole dwarven nation within Enarion.
​
The clang of hammer on anvil echoed along the high ceilings of Hazduun Hall, down into the depths of the ravine below, past the murmurings of the Bazaar, and out through the gate where with the chirping of birds and the first stirrings of Hilltown it coalesced into the beating heart of Dungrin’s Basin. The rhythmic thrumming of the Hall signified the beginnings of a fresh days toil, the smiths who wrought metal with their blows paused only briefly to wipe the beading sweat from their brow; it was with this same sweat and toil that the peoples of Hazduun Hall had carved Mountain away to reveal the elegant gate of Hazduun, highest Hall among all of old Khordum-zel.

Kaz-az-Hazduun was founded from the ashes of the Reclamation Collective, spearheaded by a dwarf by the name of Harikoa. The old Foreman and his band of dwarves, along with others, uncovered the long lost hold. It would be then that a new dwarven state would be forged, with SKIPPY BRONZEBEARD as Kazadun, son of the late THORSTEN BRONZEBEARD, Kazadun of Kaz-az-Ordheim.

​
During the times before the Calamity, dwarven society divided themselves into clans, with each clan inhabiting a hold. This held true during the Age of Restoration, the years following the mortal races' emergence back onto Enarion in the year 0 A.C. Following the collapse of Kaz-az-Ordheim, the clan of Ordheim - known as the 'Karak az Ordheim' - became splintered and lost. In modern times, the clan of Hazduun Hall, the highest hall of Khordum-zel - 'Karakaz Khordum' - exists as a melting pot of folk hailing from the old city of Ordheim, dwarves who seeked refuge within Innse-Brenna, the Reclamation Collective's home of Hilltown, and Dewizim who were inhabiting the hidden halls of Khordum-zel. Whoever holds the title of Kazadun is considered by the clan to be the Father of the Karakaz.

Kaz-az-Hazduun does not follow traditional lineages of nobility, as reputation is garnered through action rather than through birth. While certain bloodlines are reputable for the feats of those who came before, one who proves themselves to be loyal to the Dewizim can find their place within the highest hall of Khordum-zel. This is a key tenet of Dewizim society, as opportunity lies before any lad or lass who shows their stock. 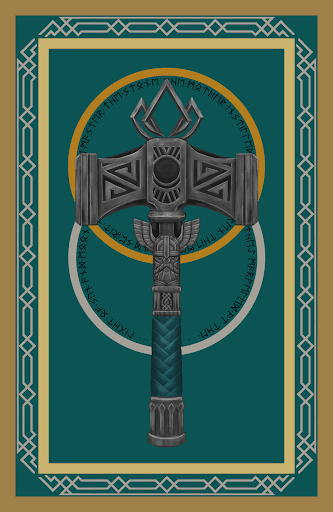 ​
Kazadun; The Cobalt Hammer, Scion of Khordum-zel
The highest authority within Kaz-az-Hazduun, the final arbiter of law. His rule is advised with the knowledge of the Assembly of Stone. As Kazadun, he who sits upon the throne is seen as the Father of the Karakaz. The Kazadun is elected by the people once the throne has been vacated by the previous Kazadun.

Assembly of Stone
Composed of individuals from the highest offices of governance within the Hall, chosen advisors, and those charged with the leadership of vassal Holds and Hamlets. The Assembly of Stone stands as direct council for the Kazadun in all matters of governance within the Hall and beyond. Each representative of the Assembly of Stone must hold within them the blood of Dewizim, under extreme and special circumstances those not of the Earthen Womb may undergo the Cleansing/Rebirth Ceremony and serve as an interim representative at the Kazadun's discretion.

If such a time should arise where the Kazadun is unable to perform their duties the Assembly will assume emergency power to hold a vote for regent. Should there be a tie in the assembly vote the deciding vote will be left to the people in the form of a nation wide vote. The regent will rule for two years and the main focus of their rule will be holding an election for a new Kazadun.

Maradun (Marshal)
The Maradun of Kaz-az-Hazduun oversees all militaristic affairs and reports directly to the Kazadun. They are in charge of bolstering the Throng-az-Hazduun, the Red Axe.

Fahandun (Keeper of Lore)
The Fahandun of Kaz-az-Hazduun oversees all scholarly matters within the kingdom. They are in charge of maintaining a great library within Hazduun Hall.

Stiweardun (Head Steward)
The Stiweardun of Kaz-az-Hazduun oversees the infrastructure of the kingdom and ensures there is enough housing for the citizens. They must balance both Hilltown and Hazduun Hall, as Kaz-az-Hazduun offers a home to all mortal races. They are tasked with managing and collecting taxes. In addition to domestic affairs, the Stiweardun acts as the top of the chain for diplomatic affairs and manages the individual diplomats of the kingdom.

Crazdun (Chief Engineer)
The Crazdun of Kaz-az-Hazduun runs the Craftsman's Guild, otherwise known as the Gal-oz-Crazdwim, and oversees all industrial matters within the kingdom.

Mercazdun (High Merchant)
The Mercazdun of Kaz-az-Hazduun oversees the markets and bazaars of the kingdom. It is their responsibility to ensure only high quality goods are flowing in and out of Hazduun Hall. They are the head of the Merchant's Guild, otherwise known as the Gal-oz-Marakaz, which encompasses the tavern and bazaar of Hazduun Hall.

Thurazral (Voice of Hazdwim)
The Thurazral of Kaz-az-Hazduun acts as the voice of the Dewizim of Hazduun Hall. It is their responsibility to voice the concerns of the citizens during assemblies. The position of Thurazral is elected every four years ((OOC month)) by the people of Hazduun. There is no term limit on this position.

Earthen Congress
The Earthen Congress is a minor faction within the Government of Kaz-az-Hazduun. It is comprised of elders within Hazduun society: Esteemed officers within the Throng-az-Hazduun, Voices of Dewizim who work under the Thurazral, Stewards who report to the Stiweardun, reputable members of the guilds within Hazduun Hall (Gal-oz-Crazdwim & Gal-oz-Marakaz) and the Archmage of the North. The members of the Earthen Congress are free to meet at any point to push pressing matters up to the Assembly of Stone to vote upon.

​
Dwarves are known to be isolationist in nature, usually showing weariness to those outside of their own race - this attitude does, however, contribute to an enduring sense of loyalty and kinship between themselves. Similarly, this trait forces dwarves to be protective over their knowledge and wealth, fearing that in the wrong hands their technology could be used to the detriment of the continent.

Dwarven society is driven by the will to create - industry and artisanship make up the majority of jobs within the kingdom. The Dewizim have faced many harsh years within the North, leading to an emphasis on holding your own in combat. This in combination with a dwindling population has forced dwarves to put an onus on young dwarf’s mentorship into a specific competency, whilst simultaneously encouraging them to be trained in combat.

A clan serves to define the ethnic background of a population residing within a hold as opposed to being an indicator of bloodline or familial ties. Therefore, “Hazduun” would not act as a surname and instead clan members have appointed a name that would have relevance to a trait, action, or profession from their life such as Elfbane, Greathearth.
Last edited by a moderator: Sep 28, 2021