​
Event Zones are places on the map which you can request an interaction at for the designated event site. The purpose of these spots are to provide lore and history for the map itself to dive into the deeper aspects rather than just the surface level. Our first release on this will be three areas on Zhul to provide more than just ‘Velnari’ lore that has been at the forefront of this map expansion. Each of the experiences will be different every time a group goes and no two interactions will be the same to ensure that the material is not recycled, along with the build’s being edited to be refreshed. After a period of time, these event zones will either be changed and moved or they will evolve into something new depending on the outcome and choices of the players.​ 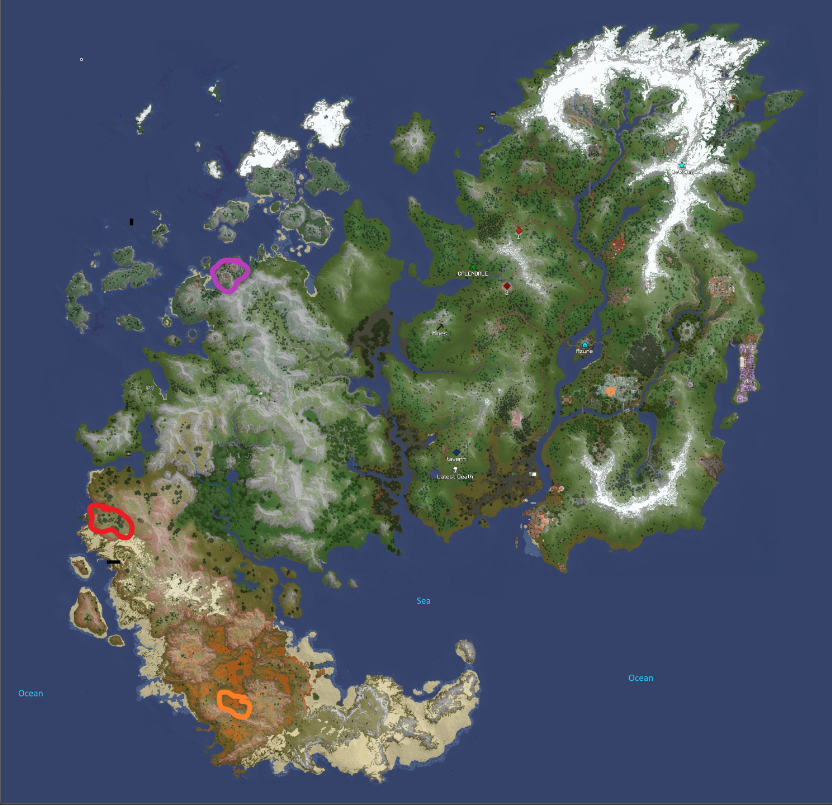 ORCISH RUIN​
Lands ravaged by time and tales of yore between scorched valleys that have been painted by both the blood of the fallen and the natural pigments to the colorful clay which decorated the mesa. A ruin of old reduced to rubble remains with tales that seemed to be as old as time itself to be unfolded as the truth of the orcish settlers on Zhul remained yet to be unlocked by those that now wander the same dirt paths that the orcs once did. ​
​
Event Handlers:​
Ryanark | Ryanark#9337​
Cepheid_ | Cepheid#9890​
A_Good_Fellow | dandycat#4540​
Twandhi |Twandhi#6986​
​
EXILED ENCAMPMENT​
Those that call themselves civilized within the verdant jungles of Zhul are the first to label these groups as savage ferals that are far too dangerous to safely allow in society, yet that seems askew from the truth of what the people of these encampments actually are. The truth begins to be unraveled as the stories are told by the locals and perhaps they are not so different as they are told.​
​
Event Handlers:​
Twandhi |Twandhi#6986​
Cepheid_ | Cepheid#9890​
​
TITANS REST​
Locked catacombs shrouded by secrecy and guarded by the creatures unseen by mortals for centuries as Zhul remained locked away within the outerworld. The gardens of titans shall await for exploration within, if one can figure out where these mysterious gardens are or if they even exist.​
​
Event Handlers:​
Cepheid_ | Cepheid#9890​

OOC INFORMATION
When these locations are reached, one can make a /etreq or message the ET listed above to set up a time that you wish to explore the event zone. ​
S