How well do you know the existing server lore? I'd say that I know it quite well. I've read all of the lore that I can currently find, which includes both official lore and player lore. I visit the lore pages almost daily in order to see if new lore has been posted or if the old one has been updated, and if there ever is a time where I need to refer to lore, I often can do so quite easily, and if I can't, I know where to find the answers rather quickly. I've never been afraid to go and ask people that I think might know more about certain aspects of lore either.

Why do you want to join the team? What kind of lore do you want to write about? I wish to join the team in order to help the server expand its already quite vast environment and history. There have only been a few cases where I've seen lore as detailed as FantasyRP's, and that has gotten me quite interested. Though I do not wish to join the lore team only to help the server, I believe that it would also benefit me, as I would be able to receive a lot more feedback on anything that I write, and as such, I would be able to better both my writing and my imagination as a whole.

The type of lore I am usually interested in is lore about history, beasts, spirits, and religion. Religion and spirits probably being the main ones, so those are also the ones that I wouldn't mind writing about.

What interests you about fantasy settings in general? This answer might be a little bit generic, but it is simply the fact that fantasy as a genre allows for a large amount of freedom. You're not necessarily bound by the laws and or physics of the real world, rather, you're mostly only bound by what you yourself have written to be included in your world, of course, following at least some amount of common sense. Going too crazy with your imagination is not always good.

Of course, you can place yourself in the boots of someone, or something, and have experiences that you wouldn't be able to have in real life. Fantasy and roleplay can have positive effects as well, they can improve your creativity and thinking skills, and in some cases, they might make you do some research for instance on economics so that you and or your character can prosper.

Do you have any prior experience with writing lore? Please provide examples if you can. I've previously been in the lore team for another server called Crowns & Cannons. Unfortunately, I cannot provide the lore I wrote for them as an example, as they've now claimed those pieces of lore. But I have a couple of pieces that I've done in my free time, one of which is now even accepted lore on FRP.

Here is a lore piece that I wrote quite a long time ago, about a sub-species of humans 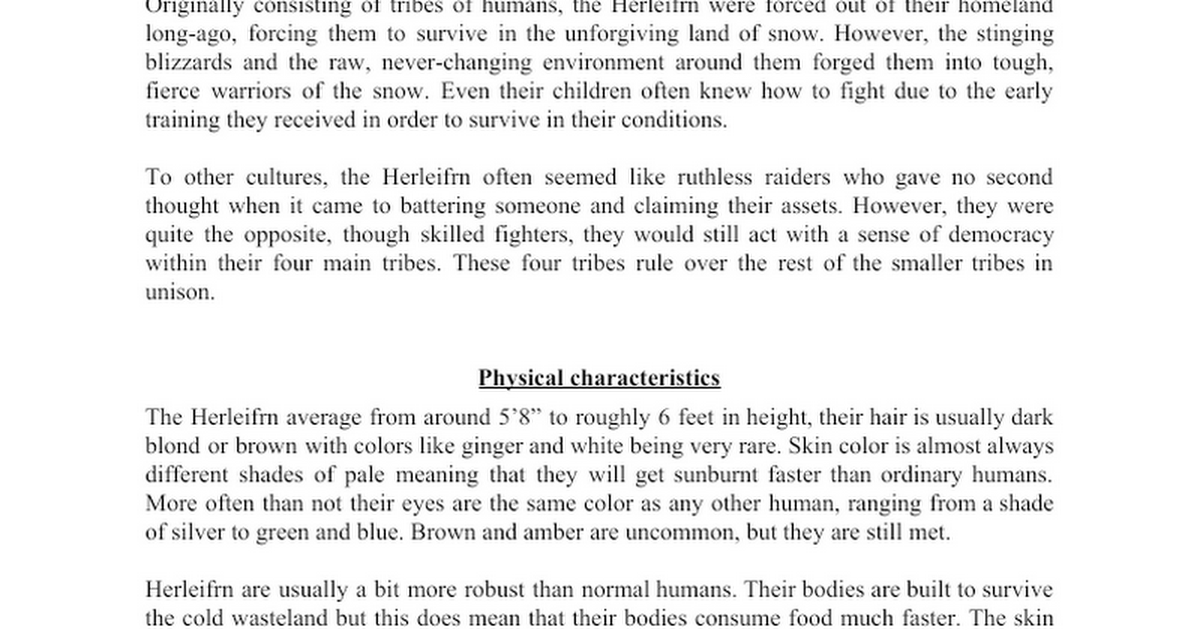 Herleifr Originally consisting of tribes of humans, the Herleifrn were forced out of their homeland long-ago, forcing them to survive in the unforgiving land of snow. However, the stinging blizzards and the raw, never-changing environment around them forged them into tough, fierce warriors of th...

Then there is the Cosantoir (Nature Adherent) lore that I wrote, and through teamwork with the lore team in order to get it into a state that fits FRP a bit better, is now accepted as official lore. 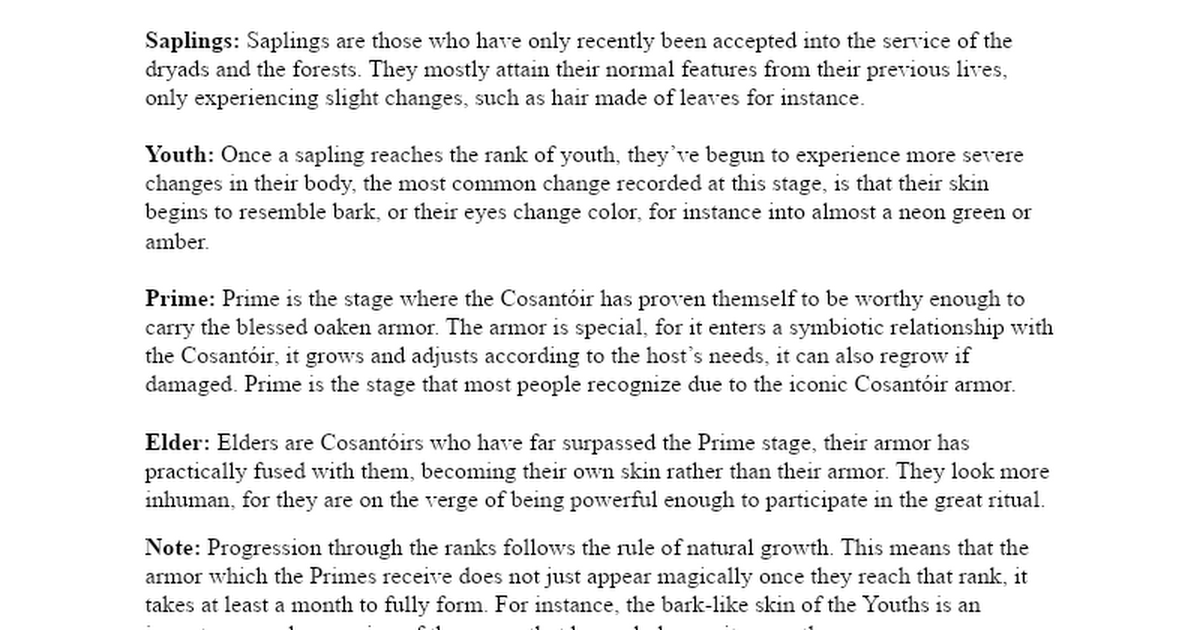 Cosantóirs Cosantóirs are those who have received an advanced blessing from a dryad. They have started their journey on a long path of devotion, at the end of which stands the ultimate reward. Despite their official titles as Cosantóirs, they are more often known as defenders of the forest, or...

+1 I've legit been "screaming" at him for months to do this. This is the biggest plus one I've given to anyone on the Forums. I absolutely have no doubt he'd make a great Lore team member. I often come to him with advice about anything to do with character backstories/lore for things. He's extremely skilled with his lore and knows how to make it fit into a "World-base". PLUS like.....TREE MAN.

Its about time holy fuck man. Just add him already.

Shaneo
Ayo this Everardan culture tho?
Yesterday at 5:23 PM •••

Lionbileti
Everardan culture be lit tho
Yesterday at 11:56 AM •••
M
Malaise

Everardan Culture: The Peoples of the Sun

THE CULTURE OF THE EVERARDAN PEOPLES The...