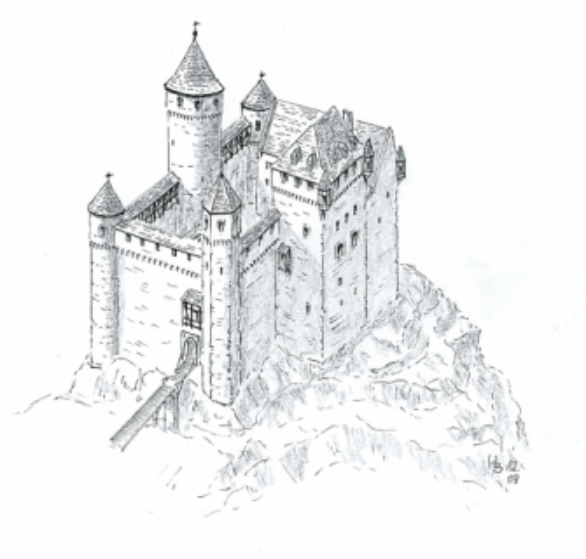 Rain drowned out the sight of the sun on that morning and the muttering of the men behind Grimmwald’s parapets suggested that the forces of Hazduun would await for the weather to clear before they launched their assault. The downpour had just relented, turning to a drizzle as the Myrfeld scout entered the hall. He pulled down his wetted hood and bowed before addressing those who shuffled pieces upon a map table. In that room was now the scout who found an audience with the Baron, Baroness, Hanselt von Mannhardt, as well as a hooded ranger who knew the land. When the scout entered they lifted their heads in uniform, eager to receive the report- “The dewi are gathered yet they do not march. They mull about within their caves with their armor on yet they seem in no particular hurry. Perhaps they will train to siege another date, though not this day.”
Out of frustration, the baron slammed a gloved fist into the table which caused the wooden tokens upon it to jump in unison. “The godless rats cower away, plotting for a more favorable time to launch their wretched assault- while our men rest no doubt.” The quarters fell silent before Volkmar croaked out again “You’re my council, damn it. Counsel me. What is it that should be done?”

The ranger began “Perhaps we should continue raising our defenses as it seems they’ve been intimidated by such.”
Next came the baroness, Floria “Perhaps we could attempt to lure them out in some way?”
Lastly came the bloodthirsty Hanselt, the uncle of the baron “We should march now, show no sign of weakness, and strike a final blow into the Hazdwim hearts.”

The conflicting advice gave the baron pause, he folded his hands behind his back and paced around the table. He muttered, “What would father do?”
The baron reflected upon this. “Luck through discipline.” Karl may have said- Or perhaps he would have refused to show any sign of fear as usual. Though it is most likely that the late baron would have held his position until sunfall and declared a total victory of the tardy northern aggressors.
“What did their numbers amount to?”

The scout pursed his lips before answering “Almost six hundred- I’d wager about one-hundred and forty more than your own numbers.”

The baron returned his gaze to his council and Hanselt spoke up once more “Such a difference did not slow us when we blitzed through Brenna. Surely our men are doubly as valiant and skilled as our foes.”

Volkmar sighed “Are you sure of this, uncle?”

The baron walked out of the keep now, his council at his wings and the scout blew a horn to rally those who had came to the defense of Grimmwald. These brave men of the West shuffled forth with mottled armors of steel and mithril, keeping bows slung over their shoulders, and miracles of alchemy attached to their belts. Volkmar waved a hand for the young Dietrich to lead his horse to him and hold it still while he mounted it. The gold-blonde mane of the baron bounce subtly as the horse rode back and forth in front of the crowd before the rider called out

“Men, from every corner of the dominion of Jonas. Hear ye. We’re gathered here for a simple reason, one that does not require flowery language because it shall not be a pleasant experience- We are here for war. To take a victory to add to our legacies and to butcher these daring mutts who march South. Yet it seems now that they are hesitant to march- rightly so. They’d ought to be.

Our brave scouts tell us that they lie in wait within their own foreign keep. They’ve foreign mercenaries who wish to come to learn of these lands and I suggest now that we’d teach them. You’re men of Usyl. Warriors of virtue. For this I know that you will not deny this call: That we end this war. Not with the favorable terms of defense but by taking this war into the unknown territory of our aggressors. Let us take their city and seize victory.
For Grimmwald.

For the West.
For Usyl!”
The men roared, shaking the ground with the echo “USYL!”
Their warband pivoted, preparing to lead a siege rather than a defense. They fashioned battering rams and polearms. They collected horses for the perilous march North. They swiftly wrote letters to their loved ones and they took with them heavy clothes to keep under their armor. Finally, they formed ranks and set out. 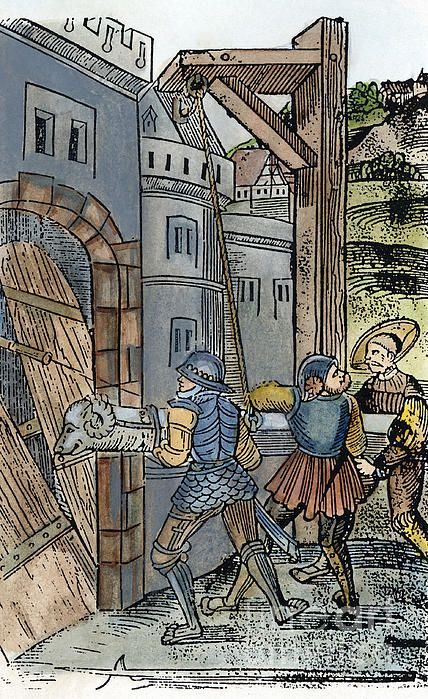 Tired Western men looked down the road, lazily reforming their ranks as they laid eyes upon the mountain hold. The dwarves waddled around swiftly, scrambling into positions of defense as they had been caught off guard by the sudden counter-offensive. Those who had ridden into the snow-blanketed lands tied off their horses away from the battlefield, hoping desperately that they’d be fortunate enough to return to ride home.
-BRANGGG-
-BRANGGG-
-BRANGGG-
The ram was manned by a platoon of forty, swinging the weighted log back and then slamming it into the cool iron bars that lay between the men of the West and those of the North. The sound of the siege weapon against the gates was the only thing which pierced through the wail of chaos and terror that was ripped from the combatants of either side. Archers loosed barrages of shots and potions of alchemical flame rained down. In the ensuing panic, Hazduun attempted to lift their gates for a moment. A spurt of crimson ripped into the air, coming from one of those who manned the battering ram. A dropped stone caved in the helm of another. One of Hazduun’s stalwart defenders was grabbed by the collar of their breastplate and dragged into the mob as they screamed for aid which never came. As the gate attempted to lift it became apparent that the ram had done far too much damage, bending the metal out of shape, and in an instant, it became apparent that the gate would refuse to descend once again. It had lodged itself stuck and now nothing lay between the dwarves and men.
Time seemed to hang in the air for just a moment. Men of either side paced backward, reaching for their potions and the melee weapons, and then came the surge wave of blood. Those clad in tabards of red and gold pushed forwards and the dwarves of Hazduun had lined up and now could not effectively retreat. An echo of fear broke through their ranks, there was no escape now. They attempted to fight back yet their morale was already compromised. Those who were far enough away from the conflict to retreat did. And those who could not retreat had accepted their fate and attempted the best they could to fight back.
Blades rang out against each other. The sounds of shields smashing into bone echoed out. Wails of death shook the souls- yet then came the smell. Gore and excrement, sweat and rot at once. Even those who could tolerate the sounds had their stomach turn at the scent, the sickly air entering their very body. It rolled over their palate and filled their lungs. The terror of this battle penetrated them wholly now and the only way to escape it was to fight through the horde of foes.
The boots of soldiers failed to find their footing upon the tile, instead of treading over the corpses of ally and foe alike and causing a mixed wave of fluids to spurt from whichever injury had led to their demise. Hazduun’s men who could manage to do so had retreated into the depths of their winding caves until they could slam shut yet another gate to defend themselves- in doing so they had damned so many of their own. In this hastily made decision of instinct they had forfeited time to the men of Jonas’ land. Time to tend to the injured. Time to execute those fallen of Skippy’s domain. Time to regroup and prepare to put down the remaining dwarves.
-BRANGGG-
-BRANGGG-
-BRANGGG-
The gate had come down once again. Few dwarves surged forward, valiantly meeting their fate. Some men of the West even sustained new injuries from these charges though in due time the numbers of Hazduun had been swiftly cut down from 5,700 to 600 as the last dewi fled their bloodied halls. Grimmwald had lost 1,100 souls in total.
The cost of victory.

The Dwarven Halls were had. The soldiers turned to take the prizes that could be found upon the bodies of the fallen and the baron took to Skippy’s throne room. The king was nowhere to be found- not among the corpses which were now being loaded into a pile to be transported to a mass pyre, not within the throne room where he’d ought to belong, not among the scene faces that fled into the depths of winding caverns. All known accounts suggested that the king had left the dwarven hold before the siege began or perhaps he had fallen asleep in their mines. So the baron lowered himself upon the throne, watching with a jubilant smile as his men celebrated and instructed his men to take only as much as they could carry and to avoid bickering amongst themselves. The warriors indulged upon the leftover barrels of ale to commence their celebrations which involved prayers, dances, and a plethora of yodeling.

The sun began to sink behind snow-covered mountains, darkening the world, and the victors of this war marched home.

"I heed the calling, oh Allah has willed it and so I have slain many in His name." repeated the prostrating Aziz upon the rug, "May my honorable enemies rest easy with plenty of virgin women to lay in the Aether.." said the praying warrior as he finished, rising and picking up his bloodied ax, leaving a red trace upon the prayer mat as he retired to the square where his brothers in arms rejoiced and celebrated after the successful siege of Hazduun. The sun was setting, there was yet more to be had, in due time..
You must log in or register to reply here.
Share:
Link