How well do you know the existing server lore?
I've read through everything under the lore section currently, spare for a handful of the bestiary entries. By far, my favorite bit of lore present there currently has to be the current Nomad lore. I find it was something leveraged incredibly well in theory, but it doesn't actually get leveraged nearly as frequently. My thoughts on this are that there is the possibility of opening up the Nomad positions to certain players vetted by staff on the server and treat them almost as a monastic tradition for characters to train with and meditate alongside.

TLDR: I have read the lore, and the Nomads currently have my favorite bit of lore written for them.

Why do you want to join the team? What kind of lore do you want to write about?
Being a part of the team that crafts the general theme and pushes forth, discusses, and even challenges the server's vision is the backbone of a lot of what's working here. Many people might overlook the significance of having an active LT with a give-and-take relationship with the community's culture. Still, I find it to be something that separates this server's team from others. LT are more user-facing on FRP than on any other roleplay server I've been on to date, and I find that to be an incredible draw.

Ultimately, my favorite lore to write about tend to be narrative-oriented—backstories and tales for creatures and magic, rather than glorified wiki-how guides on the subject. Don't get me wrong. The latter is incredibly crucial to putting lore into playable action. Still, while something I can do, my preference is to explore the narratives behind a creature or discipline's existence.

TLDR: Narratives for Creatures/Tech/Magic. I wouldn't mind helping out with alleviating the strain on magic interactions as well.

What interests you about fantasy settings in general?
Some may write to discern how the world is; dreamers write to express how they want the world to be. When it comes to fantasy settings, I believe the latter is starkly apparent to anyone who's ever cracked open a Tolkien book or played a copy of The Witcher 3. Fantasy settings are unique ways to tell human stories, and I think characterizing lore in a narrative format is the easiest and most effective way of teaching it to people.

The humanization of inhuman gods and monsters is something I personally find incredibly alluring about fantasy. However, I think it's best to explain this through my favorite fantasy genre: Arthurian/Medieval Myths and Legends.

These tales describe outright horrible people (oofing Lancelot) who manage to accomplish incredible tasks. I think people tend to overlook how these stories laid the groundwork for the modern understanding of 'The Hero's Journey.' Now, that isn't to say that I prefer lore to be ripped off of Arthurian legend and medieval folklore, but I certainly think it's a unique field that isn't explored much more outside of the "Sword in the Stone" trope. I like to take inspiration from the original myths and legends when I write fiction and have a fairly vast knowledgebase of the subject-matter.

Were I brought onto LT, a major drive for me would be to come up with grounded but still fantastical narratives to describe how the world ended up in its current state while consciously walking the tightrope of keeping lore vague enough to avoid railroading players into a singular belief system.


Do you have any prior experience with writing lore? Please provide examples if you can.

The Dragon's Heart A Free Company Adventure by Raice Escariot Chapter 1 A ways down the road south from Rheynland, lies a tavern. From the outside it looks inviting, cheerful, and homely to the eye. Small stones and thick spruce logs constitute a majority of the building's outer structure...

The Dragon's Heart A Free Company Adventure by Raice Escariot Link to Chapter 1 Chapter 2 The fire blasted by both sides of the pillar that Vranick’s back rested against, but it still wasn’t as bad as hearing Diana and Daria argue. Sweat poured down his face as he felt the pillar shake and...

The Dragon's Heart A Free Company Adventure by Raice Escariot Link to Chapter 1 Link to Chapter 2 Chapter 3 Upon returning to the tavern, the ever-smug Baroque held his tankard aloft, congratulating the heroes upon their return with a mighty bellow, “Welcome! I dare admit...

Lycans & Lycanthropy Enarion, a land brimming with stories and legends. Chief of these are the age-old curses that strike fear into the hearts of those who hear. Of the abundance of curses that plague the land, few are more feared or ancient than Lycanthropy. Though the nature of the curse of...

DEWIBONES (A Gambling Game!) Originating from the Dwarves of Ordheim, Dewibones is a game favored by Dwarves which has seeped out into the rest of Enarion's taverns and gambling dens. A true staple of the various hives of scum and villainy located in each city's underbelly... The game gets... 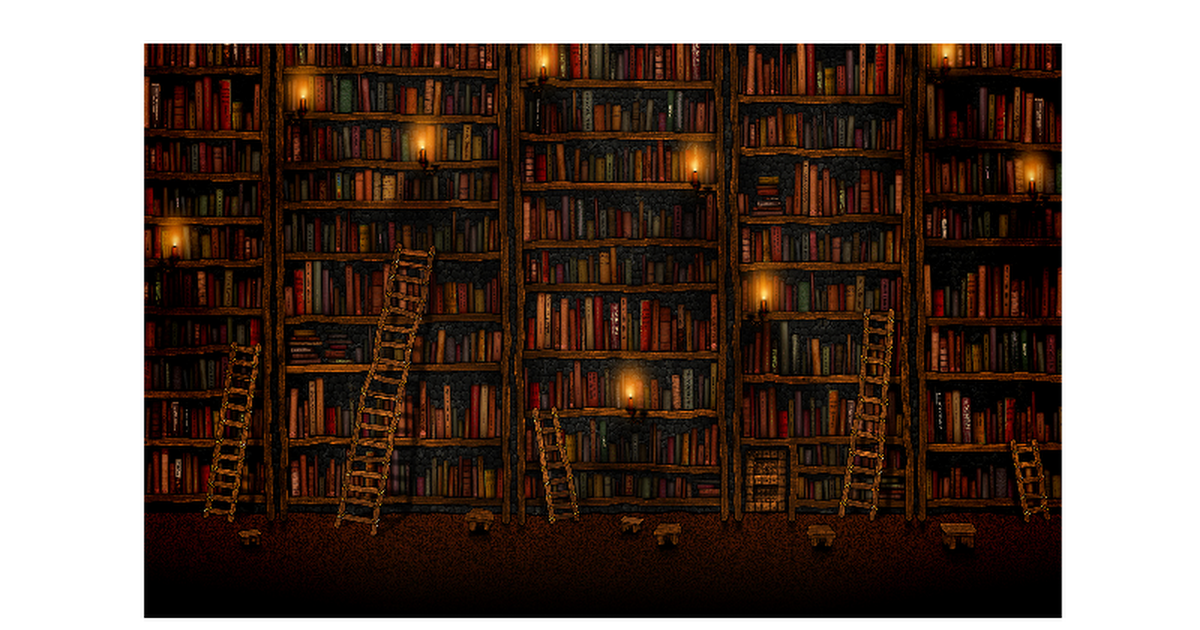 You enter the library, where the wind howls and the only greeting of light is the mere leak of the moon’s glow. You’ve come to return your last read, which consisted of the ‘Wonders of Elysium’. However, upon you slipping the book into its last slot, you notice a worn red book hanging out of pla... 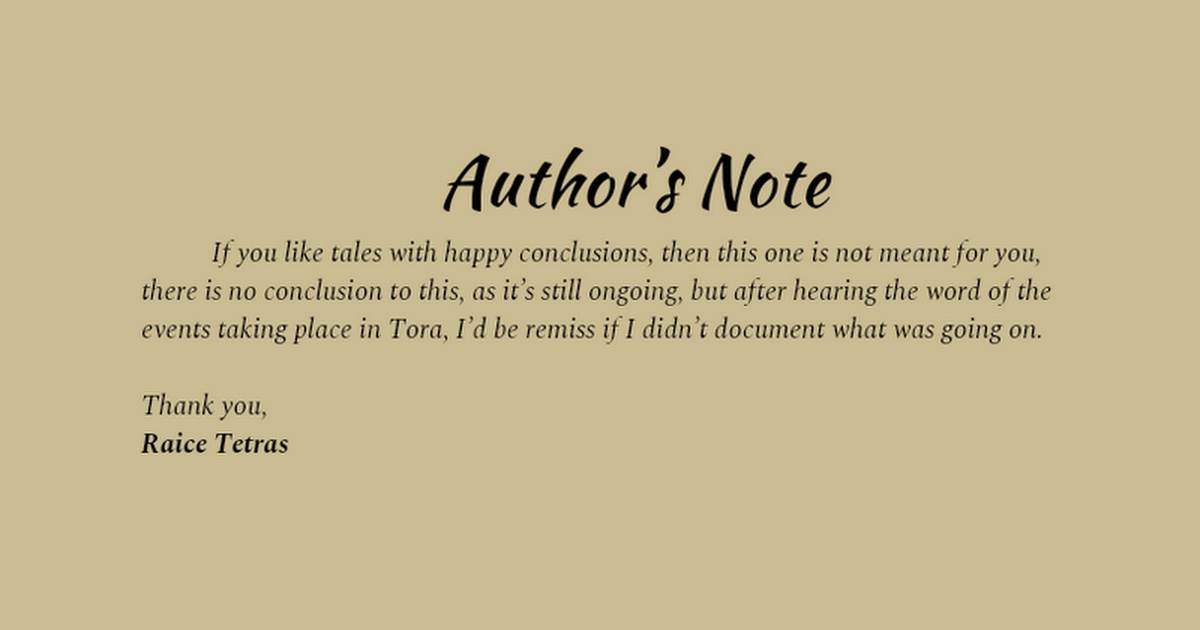 Author’s Note If you like tales with happy conclusions, then this one is not meant for you, there is no conclusion to this, as it’s still ongoing, but after hearing the word of the events taking place in Tora, I’d be remiss if I didn’t document what was going on.Thank you,Raice Tet...

You can find out about Grimwoods offical Lore all in this section!
grimwoodrp.enjin.com
Last edited: Dec 7, 2020

I love this man. In a way that is border line SUS. He's a great dude, un-problematic entirely, very understanding, empathetic, all around just a good homie. He's not only helped me with ideas for my own lore stuff, he's also already made some of his own. I have absolutely no doubt he would be an incredible fit for the team. Absolute +1

Gaelic and Gaz are totally lovers. +1

Has a lot to offer, especially due to his unbiased and fervent nature when it comes to writing and adding new ideas or lore to the thought process of Enarion. An excellent candidate, which should go without saying. +1

AHHH!! +1 all the way!! His writing abilities speak for themselves, he's big brain bro!!

+1 He is an epic gamer, good writer, smart boi

Accepted. Add me on Discord, AGiantPie#8258.
You must log in or register to reply here.
Share:
Link