This is an altered piece of work but the original photo belongs to https://www.deviantart.com/domirine

Aethris is a slender young woman with a mesomorph build. She doesn’t have the physique for militaristic aspirations and seems more suited for less physically straining professions.
She is around 5’5, being rather short for an elf, but this she inherited from her mother. She is around 50kg in weight, being quite light as well, but this is due to an active metabolism.
Her blonde hair is long, reaching down to her waist, but is usually kept in a braid. As she refuses to cut her hair, this keeps it from getting before her eyes. Her eyes are a piercing blue, which are hard to miss when looking at her.
She doesn’t have markings on her skin, beside a birthmark resembling a star upon her left wrist. This is quite a unique birthmark. Stars have many meanings, along with showing truth and spirituality, but in various societies the star tattoo is used as an image of security and direction. She doesn’t associate anything to it, as she doesn’t pay much attention to it. She also has a healed vampire bite mark upon her neck.

She is a calm mannered rational thinker, much like her father. Even when the situation turns bad, she can find a way out. She also has a charitable side, accompanied by a good emotional understanding of people. She has a slight temper, but you’d have to really try, in order to push her over the edge.

Aethris has always been hesitant to share her background. Only Yuria knows the full truth about it. At most, she tells others that her childhood wasn’t a pleasant one, but that's about as much as she’s willing to tell.

Medical Satchel
One item he will always seem to carry along is a large medical satchel hanging over the left side of her body. It can be rolled out for easy access to supplies within it.
This satchel is equipped with the basics for treating wounds; gauze, witch hazel tonic, suture needle and thread, triple-distilled alcohol, and a small water bottle. Inside the largest pocket, there is a jar of healing salve made from comfrey root, mugwort, yarrow and rue. 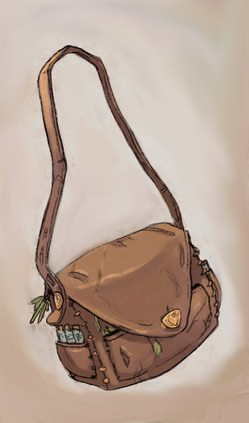 Journal
Aethris carries a journal with her, which seems unusual as she refuses to use it in public, and is oddly enough stored within her medical satchel. Only Yuria or Lana have seen her use it. This was given to her by Yuria as an empty journal, for her to vent out her feelings, instead of letting them out in unhealthy ways. It has helped her a lot, despite sometimes still losing her temper. 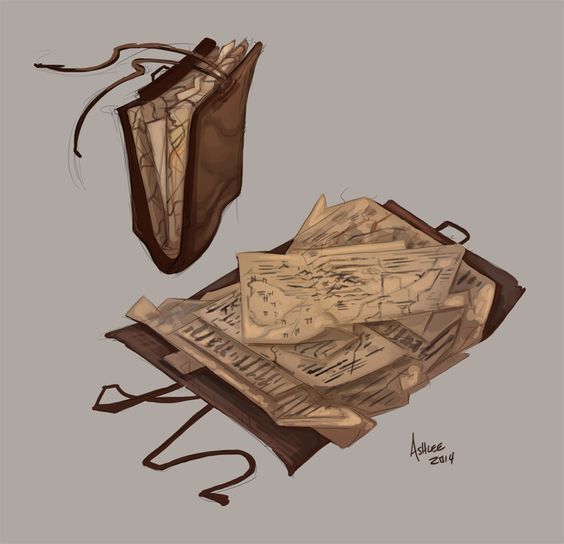 Yuria
“My love”
Her relationship with Yuria is affectionate, but often quite complex as well. They clearly love each other dearly, but often do clash on each other’s values and choices on certain issues. Despite this, they remain close.

Lana Brodvek
“You look so cute when you laugh.”
Her relationship with Lana is loving and tender, as it provides Aeth with what she doesn’t often get from Yuria. She loves Lana the same amount as she does Yuria.

“But you’re not little, right? You can figure it out.”


Cedarin Tar-Anadûnê
“Shut up, I am thinking.”
She has a close relationship with her nephew. She feels almost like his mother at times, even though he is older than her in a lot of ways. She likes to hang around him and help him whenever she can, even though such doesn’t always go as planned.

Amanar Tar-Anadûnê
She and her brother have a strained relationship overall, since he is barely there for her nowadays. They would clash quite often, but at heart, they would do anything for each other.

Anri
“Aunty Aeth! Aunty Aeth!”
Her relationship with Anri resembles that of real siblinghood. She feels like a big sister to Anri and would do anything to protect her, even when it means lying to her. She never wishes to see her hurt, as it reminds her of her own childhood.

Isley
She sees him as a friend overall. She doesn’t have a firm opinion on him, as she has only ever talked to him around Yuria, as he is her brother. She wishes to maintain this friendship.

Clayia
“Aethris, are you alright?”
She enjoys being around Clayia. All in all, she likes them as a person. She wishes she could spend more time with her, but overall they can’t due to their lives being so filled and busy.

Kinahen
“Please, take care of Yuria when I can’t.”
Aeth’s relationship with her is an odd one, as she can never quite tell what Kina thinks of her, but overall she doesn’t mind her. She would like to become her friend but sees this as unlikely, so she is fine remaining as acquaintances with her.

Klaus Monroe
Her acquaintance with him isn’t much, and they don’t go past the boss-worker relations. She respects him as her superior when he is around that is. Alas, they mainly work alone.

Cyrus
“Why Haven’t you left yet?”
She doesn’t think much of Cyrus. She doesn’t exactly like him, but doesn’t hate him either. There are things he does that make her feel wary and on edge. She doesn’t feel like she can trust him.

Angela
“I was only protecting my family!”
She doesn’t like Angela due to her having sided with the people who killed her brother. She doesn’t intend to tolerate her in any regard, so she often tries to avoid her. She’d rather talk to her partner when she needs something from Angela.


Alexander
“You're just mad I killed your favourite vampire pet!”
She wishes Alexander was dead, due to him aiding in the murder of her brother in front of the whole city of Miruvor. He didn’t show any mercy to her brother, who hadn’t harmed anyone directly. He took the life of an innocent man in Aethris’ eyes, even if he wasn’t innocent in anyone else’s eyes.

Luvon
“Move it!”
She thinks of him as she thinks of his father; she doesn’t approve of him and never will, after what he did to her brother. She sees them both as inhumane, mere monsters with no sense of justice or care for innocent beings.

Lynch Seavel
“Don’t look in the basement”
She highly dislikes him due to the working conditions he put her under. She was essentially a slave, even if he would deny it. She doesn’t wish to work under them ever again. Their relationship wasn't ideal, as it was tense and strained due to her being pushed to her breaking point, which takes effort.


All artwork belongs to their respective owners and have been credited where I been able to do so.

Please message me on discord if your name wishes to be added or if I missed any information Or enquiries in general.​
Last edited: Aug 2, 2021
You must log in or register to reply here.
Share:
Link

Swifty
Roses are red,
My favourite food is a burger,
Elves are dead,
Because of a Jindle murder!
38 minutes ago 1 replies