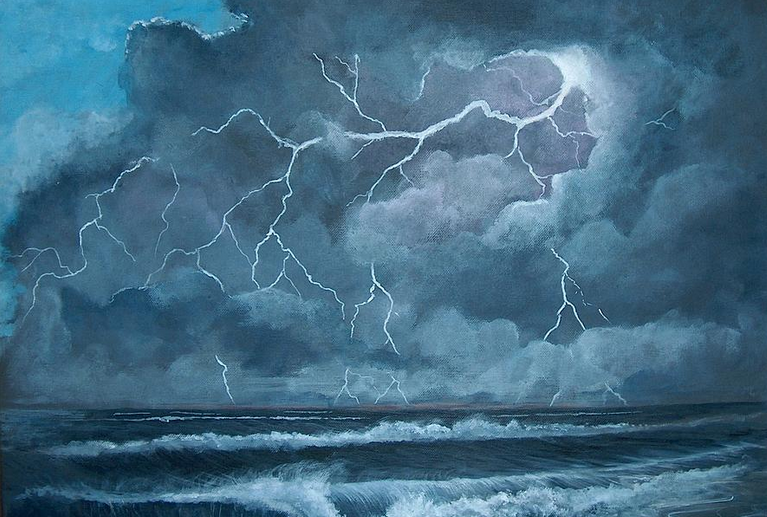 ​
TO THE LORD KING, THE LION,​
​
It has been three years since my crew and the Oswaldine left the port of Westholm and although I have much news to inform you of, I still sleep restlessly on news whispered in my ear just as the ship sailed from port. My people, the great wiccan, the noble farmer, the noble craftsman have been reduced to ruin.. no home.. no dwelling.. no identity. I say this with sadness because I know that the wiccan always has a home in Westholm, but at what cost? A wiccan is best and truly free cultivating and grazing the open plains.​
​
I am not entirely sure that this will reach you in time, perhaps my crew and I will never return to our home but that does not stop me from penning this letter. My travelling bird is a fine aviary and will hopefully by the grace of the gods be able to deliver this letter, but should not dare return back to me. The journey ahead is treacherous and I follow an uncharted path, I ask that should you receive this letter that you keep it well as if it was yours so that I may be reunited with it one day.​
​
We have sailed for three long years, discovered two landmasses one of which is significantly bigger than the other. The small island I dubbed rightfully King Richard’s Island with the de Retford flag to match, although the crew prefer the name ‘Kingsland’. The second island is almost as big as Westholm’s borders, I dubbed it the ‘Thundering Islands’, or the ‘Thunder Islands’, for the thunder will never stop fucking ringing my ears.. pardon my language of course.​
​
And yet I could return with the knowledge we have discovered in the numerous ruins and even of the native creatures that belong west, yet.. I dare risk it and move further west in pursuit of that knowledge. The things we have discovered are unimaginable and I dare say, lead to the unfolding of history thousands of years back. The pursuit of this knowledge is greater than I, although it saddens me to say. I am the bastard son of King Eadwine, the last living adult son and my life has been nothing but passionate servitude. Military service, wandering and even exploring to add to the list, regardless I would not trade it for anything else. ​
​
I am the last of my father's line, a bastard son but still a son nonetheless. I fear that my death is just over the horizon, the next wave, the next beach that we land on. I have no son of my own, no daughter of my own, my name will be cast to history as dust is to sand.. disintegrated and lost to time. I can only hope that should I return untainted and whole, then I will return a man of youthfulness and may bear a son before my end days. You may wonder why I am telling you this. I state honestly my thoughts so that you might carry them as your own. If anything I wish for the return of all wiccans to Westholm, so that if anything my people can prosper. Wiccan and Nornmen, together as one, brother in arms, blood and kin.​
​
Loyalty and honour,
Glory and strength,
Ælfwine​
Last edited: Oct 25, 2020

Owen would be hidden in the hull of the ship, scared to show his face to the rest of the crew - as he was a stow away.
OP

"What died in here..." William would mutter, inspecting the hull which smelled like a man whom hadn't showered in over three years, nor seen the sunlight or eaten anything other than rats and seawater.
You must log in or register to reply here.
Share:
Link